As most of you now know by now,  Richard Hersch was appointed to the circuit court by Governor Scott today. The Governor continues to exceed expectations on judicial appointments and this is another home run.

Just like in years gone by when we had a gaggle of Judge Klein's (Gerry, Murray, and Herbert) we now have a duo of Judge Hirsch/Hersch's.  And as Judge Hersch would be quick to quip, "What is in a name? That which we call a  rose by any other name would smell as sweet."  And that which we call a Hirsch/Hersch by any other name would judge as well.
Not to be petty, but now that he is appointed, when will we be getting our $500.00 bucks back that we donated to his campaign? Or did we not send a donation, secure in the belief he would be appointed? We'll have to check the books and get back to you on that. 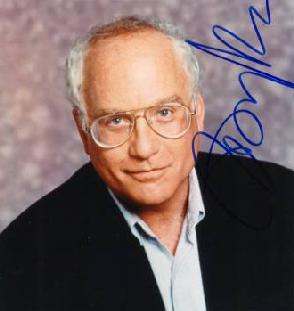 A fine addition to the bench. Can't wait until you are in family court, where the real attorneys practice!!!!

A robed Rumpole. I thought the day would never arrive ....

Now, who will challenge hearing officer De Yurre? Or will he drop out of the race?

Longtime and careful readers of the blog know that we have a longstanding policy 1) never to apply for any job, much less a judicial one; 2) to never reveal our identity unless appointed to a bench at the level of the Third District or above.

A robed Rumpole? As they say where we come from, not bloody likely.

You have to feel bad for de la O. Maybe someone has the goods on him, or he pissed someone off.

Word on the judicial street is that it came down to De la O vs Hersch. Not a bad choice for the governor to have to make. Both were running, now only one is running. Who jumps into the slot Hersch vacates?

Who was the last person appointed to the bench who was so well respected, and so well liked? In all honesty, I can't remember anyone so universally, positively received.

Going to have a tough road keeping so many people happy.

Great news about Richard Hersch. He will be a great Judge. When I became a Judge, he tried my first jury trial in which I presided and he was incredibly talented, highly ethical and had a temperament which made everyone respect and like him. I am very proud of him both professionally and personally. He will be one of our best Judges and we all expect great things from him.

As for poor Kenny Weisman, terrible news with only one Spanish Mackerel caught today. Fry it up Kenny and eat at home tonight my friend ... PS: when are you submitting your application to the JNC Kenny? Just let Hector, Manny and I know and we will make it happen.

Thank you for the entertainment!! I woke up this morning and had a great laugh at your post stating that the "real lawyers" practice in family court. I practice in both. Family courts attorneys do not know the rules of evidence, the rules of procedure, and are generally a hot mess. However, the free-for-all that is family court makes life an adventure. Keep up the jokes though! I love a good chuckle every now and then.

"the continued diminishment of the bench as lawyers who cant make a living seek a pay raise by doning a robe..."

You can't be writing about Hersch.
And it's "donning", you moron. ESOL classes not working.

Judge or be judged!!!

I recall Richard vividly from another lifetime when he was in our Scout Troop. He was even tempered and thoughtful then. Gov. Scott finally got something right.