We couldn't let this pass...how many of us have a client like this?


Khaled A. Shabani, 46, was arrested after he snipped a 22-year-old customer’s ear, Madison police said.
Police spokesman Joel DeSpain said officers arrested Shabani on suspicion of mayhem and disorderly conduct while armed.
DeSpain said the victim told officers the hairstylist told him to stop fidgeting and moving his head before nicking his ear Friday.
According to The Wisconsin State Journal, DeSpain said the hairstylist then ran the clipper with the shortest attachment down the middle of the customer’s head, “leaving him looking a bit like Larry from ‘The Three Stooges.’”
DeSpain said Shabani told officers it was an accident. 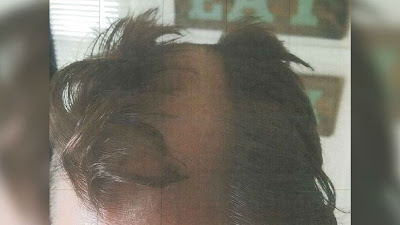 This, was an accident? The "Larry from the Three Stooges" comment is hysterical.

From Occupied America, where a man cannot even retreat to the sanctity of his barbershop anymore, Fight The Power!

Posted by Rumpole at 7:39 PM
Email ThisBlogThis!Share to TwitterShare to FacebookShare to Pinterest

Mayhem and disorderly conduct while armed? Armed with what, clippers? What happened to battery these days?

Guy asked for that cut by being a dick.