It's  H A L L O W E E N weekend, so we decided to post the scariest picture we could find: 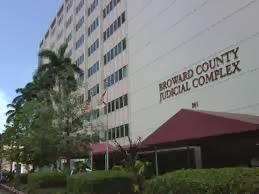 Under 51 Giants at Eagles; and in full confidence of our regression to the mean philosophy, Lions -3 over Cowboys. KC -7 over Cleveland- the Browns are just a different team without Hoyer at QB. And if you're playing the one week up/one week down J...E...T....S...., this is their down week and they are getting six at Cincy. And yet, the Bengals keep winning by last second field goals, so the six looks juicy.

We'll update this post with the survivor picks for Sunday. 49er's at Jax and Saints at home over Bills look like the popular picks but we say this: on any given Sunday any professional football team can win in the NFL, and that includes your Jacksonville Jaguars.


Go confidently in the direction of your dreams. Live the life you imagined.
Henry David Thoreau.


Posted by Rumpole at 9:40 AM
Email ThisBlogThis!Share to TwitterShare to FacebookShare to Pinterest

Rump, saw you at Joes last night, tucking into a plate of selects.

Really? Must have been a Doppelgänger. I was at Tampenade in La Jolla, which I highly recommend.

Yahhh! That picture scared the beeejeezus out of me.

Rumpole only rolls with NetJets or better.

No matter how well intentioned, I don't publish the whereabouts of retired judges unless they ask me to do so.

Coffee is for Closers! said...

Rump- Mitch and Murray sent me from Downtown, They have the new Glenn Gary Gelnn Ross leads. For closers only.

In any event --- i love Tapenade in La Jolla! love you Rumpole. Go Saints tomorrow!

And you can't have them because to give them to you would be throwing them away.

Rump- I'm writing a Kindle E Book on the Allegorical Connotations of the term "Bum-Rap". I'm hoping you might contribute to the chapter on Etymology of the term and feel free to use the infamous Disraeli incident if you want as a starting point.


Horace. In football stadiums throughout our country today, the Star Spangled Banner will be sung. I noticed something recently at one venue, where they posted the words of the song on the scoreboard.

The song ends, as you know, with these words:

Oh, say does that star-spangled banner yet wave
O'er the land of the free and the home of the brave?

Here is my question for you. Why is there a question mark positioned after the word brave? Is Key posing a question there ?

Thanks for the input.


Tapenade. Please. George's At The Cove blows that place away. Food and servive are spectacular and the views are the icing on the cake. And if you are going to taut a restaurant at least get the spelling of the place correct.

WOW Rumpole ... 11:00am has a strong point. what say you? ps: Who is this intellectual "Real Fake Former Judge" citing Disraeli?

I am the "Real Former Judge" and he or she is making me look bad!

Lawyers who blog about law while using their real names are clearly self promotors but are they advertising also?

The scariest picture would be looking at Judge Rebull before sentencing.