BUDGET CUTS AND A GERSTEIN EMAIL 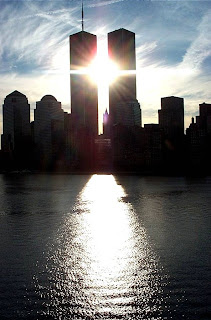 The Herald reports HERE about the State budget cuts that will be further affecting the Public Defenders and Prosecutors offices across this state. This remains an ongoing shame. The Vox Populi demands tough sentences in criminal cases and yet the Politicians balance the budget on the backs of everyone in the criminal justice system. We have written about this more times than we care to remember, and what happens? Nothing.


We’ll take our split out of MNF last night. Win with the Bengals, loss with the 49’ers not covering, and move on to next week. Dan Lurvey was a late addition to the suicide pool with a pick of the Bengals, as was 52nd Street Irvin, who liked the 49’ers who squeaked out a win. Sunday is week two, and we expect the contestants to start dropping like jurrors subject to premeptive challenges.

We received this email about an old post about Richard Gerstein. It is not likely to be read by many people at this point, but it addressed an interesting issue so we re-print it below. Richard Gerstein was, to say the least, a controversial figure in this town. Beloved. Hated. Suspected of many things. We seem to remember something from Janet Reno talking about when Gerstein hired her. Reno asked Gerstein why he wanted to hire her when – we believe it was her father- was a journalist in Miami and was highly critical of Gerstein. It was to Richard Gerstein's credit that he saw Reno's potential and started her off in a career of prosecution that would take her to the top of her profession.

In any event, our building is named after this man, and it might just benefit the new lawyers to learn a little about our legacy, should they care to spend a career here labouring for justice.

I stumbled on this blog when doing a search for Joe Gersten who's office was across the street from my restaurant in Coral Gables and who I didn't like at the time. Now I find myself taking his side against the Reno coalition. Having left Miami in '90 I find a lot of these little anecdotes fascinating. Somebody should write a book about Miami in the 90s.As to Gerstein, before I knew the difference between left and right I worked a little on his campaign for gov, probably about '75. I held a fund raiser for him at my home and there was a wise guy there who slipped me two one hundred dollar bills. I stuck them in Gerstein's jacket pocket. A few minutes later he came back to me and handed me the money. he didn't say anything but I knew he didn't want to take any cash.Later we 'suffered' thru election night results in a room at the Dupont Plaze, the results are well known. I can't even remember who won that year.


Rumpole says: Have at it. Budget cuts and Gerstein turns down 2 C notes.

See You In Court, where we rarely get offered cash, and just as rarely turn it down.
Posted by Rumpole at 3:06 PM
Email ThisBlogThis!Share to TwitterShare to FacebookShare to Pinterest

NO typhoons to report, but Hurricanse season is still brewing and the African coast is tossing out TD's faster than Peyton Manning was throwing out TD passes last Thursday night.

The PDO gets plenty of $. Too much really. But looks where it goes--to cronies who assume "administrative" positions, and make well over 100k plus benefits plus enormous pension costs, but really do very little work. Taxpayers ought to be stingy with these people.

Write in and cry, welfare addicts, but honest pd's and ex-pd's know the real deal about Brummer's crew.

I just know Rod Sterling is going to pop out soon.

You are of course correct. Lest we sometimes mix our metaphors and make mistakes, our loyal readers will always be present, never missing a chance to call us stupid.

Rumpole, I beg you to put the McGillis for Clerk countdown clock on your Blog. Please please please. Funniest thing I've seen in years. If I could I'd project it on the building in front of Ruvin's office.

this forum is very boring.bring back the talented trialmaster.

Does anyone know which lawyer is representing Oscar Corral from the Herald on his solicitation charge?

Read what you wrote. The emailer refers to Joe Gersten, not Richard Gerstein. Two different people.

Umm.. I'm sorry, well excuse me, but why are we not laughing at this shit?

A Miami Herald reporter was arrested late Friday on charges that he solicited a prostitute in Miami, police said.

Oscar Corral, 32, a veteran Metro reporter for the newspaper, was one of 13 people busted in a prostitution operation in the Flagami neighborhood shortly before midnight, Sgt. Albert Pacheco said.

Corral, who covers Miami's Cuban community, was arrested and issued a notice to appear in court. He was charged with soliciting to commit prostitution, a second-degree misdemeanor.

''I'm innocent,'' Corral said Monday. "I look forward to having my name cleared in court.'' "

OK. I admit the last post had more errors than the Dolphin offense. It stinks and I screwed it up. Rather than fix it I will leave it up and let you make fun of me, and I will address the problems tomorrow. (achoo).

We're back. Please use your passwords to check today's posting regarding Captain Pro Se's campaign for Clerk. This posting is guaranteed to win a Webby.

Ms. Reno's niece, and her personal life, are well beyond the scope of this blog and your slur is not allowed. However, in the interest of fairness, I will report that you do not believe Ms. Reno has ever tried a case.

Rumpy- there is rumor of a themed restaurant opening up in the Gables called "Shumie's Last Stand."

Diners are admitted to two seperate seatings- one at 7pm or one at 9:30, and then scream and yell at waiters and patrons and throw food until they are asked to leave. The last person eating wins and their check is picked up by the restuarant.
An unsubstantiated rumor is that Alex Michaels stalks around the restaurant cursing at people and egging them on.

rump, i spoke to the trialmaster today after a mircalous victory in federal ct today by the trialmaster. he will return to the forum if he is offered an apology for the violation of due proceess. please issue the apology in that many of us miss him and feel, with all due respect that u were wrong . thank u.

He was sent to time out and his room for 24 hours for trying to post a comment with a vicious and nasty thing about Janet Reno. He deserved what he got. Get over it. He can post a comment any time he wants (not that I want to read it, and based on most people's views, not that anyone else is dying to read his self serving tripe.)

our dad is no thug
he won't beat your butt
but keep talkin trash
and he'll sue you until you have to live in a hut.

(c) The Shumie chaps, all proper rights reserved old sport, and all that stuff.

The Shumie/Weisman posts are officially no longer funny.

McGillis is a total quack. The clerks love Ruvin. he may be the best politician in the whole damn county. Who knew McGillis was so fat, white, and pasty. What the hell is wrong with that guy that he would want to be in politics anyway. he must have gotten beat up a lot as a kid.

Ms. Reno went out of her way to be involved in trials and hearings - often with junior ASA'a, even if in a secondary role.

I know - she tugged on my sleeve so much in one hearing that I was on the verge of suggesting that if she just whispered louder, I could sit down. We resolved the matter before the next portion of the hearing.

More importantly, she really understood the details of complicated cases - and enjoyed late night discussions about tactics during trial. She wanted to be a vital part of the team on those cases which were most important to the community.

This may not be required of the job, but it sure made the lawyers feel like she truly cared about our efforts. In that way, she lead by example.

Fuck Shumie and Weinstein or whatever these douches names are

rump, we hear from the trialmaster that his comments were factually correct. what were the comments and how were they not accurrate?

From the "I f-ed up royally department":

Scott Jeffrey Hidnert, 720 N.W. 103rd St., Miami, to receive a public reprimand to be administered by the Board of Governors and placed on probation for six months, effective immediately, pursuant to an Aug. 30 court order. Hidnert also was ordered to attend the Bar’s Advertising Workshop and ordered to cease advertising or listing his number under the name Ticketbusters. (Admitted to practice: 1990) Hidnert failed to include the name of the city in which he practices law in an advertisement, disseminated an advertisement that contained a false, misleading or deceptive communication about his services, used language in the ad that improperly promised results, failed to include information about the client’s liability for costs and expenses as well as fees and committed other violations of the Bar’s advertising rules. (Case No. SC07-1585)

Hidnert last made news when he shot a robber between the eyes back on March 1, 2007.

i don't know judge perez, but if he was qualified to do the job and had to leave the bench for greener pastures, it's a sad situation. experienced judges should earn more than the Adriens of the world who, as we would say in the hood, came up big time from a legal aid attorney. No wonder the bench, collectively, sucks.