Welcome to the NFL week 7 G-7 edition, where this blog, and only this blog effortlessly merges the two big story lines of the day.

First, after saying farewell to our NY Yankees last night as the Astros walked it off with a two run dinger in the bottom of the 9th, we turn our laser attention to football.
There are a bunch of interesting games today, but one game we love. One game that is season changing. It's the type of game that allows you to fly NetJets to NYC and have dinner at Le Bernadin where our friend the sommelier Aldo Sohm will suggest the perfect wine, and where we recently enjoyed a delightful Saint Estephe Bordeaux (you cannot go wrong with the 2008, 2009, or 2010).

Dolphins at Bills will have you living the life of Rumpole. Coming off a bye week, our Fins are poised...POISED we tell you, like a loaded strong-bow. Pulled back. Tense. Rested and ready to be fired. The Bills are giving 17 wings to our Fins, and that's too much for a Buffalo team trying to find an identity on offense. Take Miami and make a bundle $$$.  And when you make a resv at LeB, remember who got you there.

Arizona at NY Giants. We love these Gints. They have spunk. And they are on a two game losing streak. They revert to the mean and pull out a win against the visiting birds. Giants -3.5. A light rain in New Jersey makes the under 51 the way to go here as well.

Ravens at Seahawks. We like Seattle. Russell Wilson is having an  MVP season and Seattle plays well at home. We have an announced dislike for running QB's and have bet against  Raven rock-thrower Jackson (much to our detriment so far to this season). Once burned, but not twice shy. Lay the 4.5 cups o'Seattle Joe and pick the Hawks at home to slash their fellow ornithological species.

SURVIVOR POOL
Eight players continue their lonely trek to stardom, fame, and accolades. Only one shall win. Right now in the second half, three players have not followed our advice and have picked the Bills, who are losing to our Fins.

week7 by Anonymous X2glnmuma on Scribd


Grieco is a late addition with the Seahawks.


G-7.
Doral is OUT to host the G-7, as per a POTUS tweet Saturday night. But that doesn't mean Miami is out. Exclusive to the REGJB Blog, we know that the President is fond of Miami, and holds no hard feelings about not being able to host the summit at great personal cost at his property. Here are some of the alternative spots he is considering.

And here's out favourite: The Vagabond Motel. Where else to place a bunch of Euro-trash leaders POTUS hates, then the Vagabond? 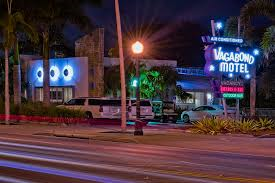 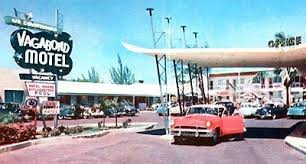 Posted by Rumpole at 11:13 AM
Email ThisBlogThis!Share to TwitterShare to FacebookShare to Pinterest
Labels: NFL Week 7 2019

You just have a fixation on this guy. You need to get over it. It is almost juvenile.

Rump, apd/asa here. Young lawyer. Have a smoking hot GF apd/asa, nobody knows we are hooking up.
I had 1750 left in my account for the month, she had a bit more. We put together 750 and put it on the fins, agreeing if we win, we will fly to NYC Halloween weekend, and Barhop in the Village.
So far we are feeling real good at the half.
Thank you mi amigo.

Rumpole, YOUR Miami dolphins took a lead into halftime for the first time this season.
Miami has the Dolphins. The greatest football team.
Sing it loud...sing it proud.

Readers...who's the kid tearing around SoBe in a Panamera, walking into the Shore Club like he owns the joint, partying with a suite at the Mandarin on the weekends with Mow-dells galore, and so exclusive he wouldn't let a few Miami Dolphins in last weekend when they were on a bye?
Kid has style and class and apparently mucho moola for a young ASA.

Rumpole's team is the Steelers. He's from Pittsburgh.

Whatch you talkin bout willis?
The fins are our team