The announcement on Friday was sudden, unexpected for many, but not, we hear, indicative of any underlying problems thank goodness. Judge Diane Ward, after a long career as a PD, private attorney, and Judge who beat Alan Postman for her spot on the bench, retired, for-we hear- a spot in an arbitration/mediation firm.
(You know what DOM famously says: "You can't win a mediation").

Judge Ward was an asset to the bench, especially in these days where only prosecutors get appointments. She knew what defense attorneys were facing, especially sole practitioners, and that made our jobs just a bit easier. We are sorry to see her go.

LIFE HAS CHANGED
Sometimes there is no going back. This is big.
An inexorable change of earth-shaking proportions. All that we know shall never be the same.
It is "total protonic reversal"??
What's that you say?
We refer you to one of our favourite go-to's for knowledge and information: Ghostbusters:


Peter Venkman: I'm fuzzy on the whole good/bad thing. What do you mean, "bad"?
Egon Spengler: Try to imagine all life as you know it stopping instantaneously, and every molecule in your body exploding at the speed of light.
Ray Stantz: Total protonic reversal.
Hold on to everything you hold dear, because dear readers this: 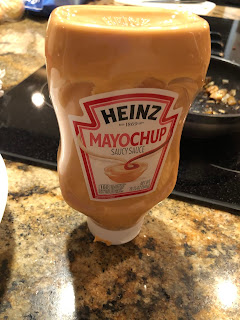 Saw the former owner/operator of The REN (a venue) at the Post Malone concert. Waving a big (unlit) cigar everywhere, being large and in charge, ordering people around, bopping to the music.
Unreal.

Big deal. I was there and saw him too. He wasn't doing anything other than watching the concert. Leave him be and let him run his cigar shoppe in peace.

I like experienced judges because they don't let the state or defense get away with stuff. Ward knew when to put her foot down.

Now we have some new and probably good intending judges but, they are afraid to do anything to buck the state.

Judge Fernandez-Karavetsos is a really nice and decent person but, has zero experiencee with state or criminal court. It will take at least 9 months for her to figure out who is bullshitting her. I ask her to keep Tunis or Safie next to her as long as possible.

Reprinted, with permission from THE CAPTAIN:

Judge Diane Ward, a fixture at the Justice Building since 1982 is moving on to the next chapter of her life. After graduating from UM Law in 1982, she joined the PDs office spending six years there.

Trivia Question: Who did Judge Ward defeat in her first race in 2002?

We thank Judge Ward for her 22 years of public service to the citizens of Miami Dade County and we wish her well.

Has anyone spent some time in Judge Lizzet Martinez's courtroom? She's awesome.

Judge Ward was one of the best, a world class judge who took no crap from either side, was fair and balanced, knew when it was the occasion to show judicial mercy, when it was time to protect the public, and gave a good trial. She will be sorely missed.

What an asinine thing to say- "she took no crap..."

That JNC list of county and circuit replacements is scary. Don’t recognize anyone at all. These folks looking for the ez job with paycheck

It's good that Ward is gone along with her rudeness and sarcasm.

The single nastiest most hateful person I ever encountered at the REG. Rude and condescending to attorneys, defendants, cops, clerks, bailiffs, and even her own JA.