On December 11, 2014, there will be a service in our courthouse to memorialize our colleague Richard Sharpstein, who died earlier this year. There will be a plaque hung on a wall. The expenses for this have admirably been covered by donations by ASAs, the FACDL and the league of prosecutors. 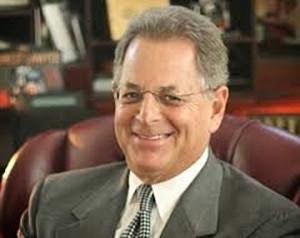 Mark your calendars and attend this event.

ARRESTED:
There has  been an arrest in the armed robbery of retired Judge Scott Silverman. The Herald/Ovalle article is here.


Speaking of Miami's ace crime reporter, when you see him this week prowling the hallways of the REGJB, make sure to offer to buy him a cup of coffee and commiserate with him. The Dolphins "nipped" his Chargers Sunday, 37-0. Tough loss.

Stephen ImMasche and Juan Gonzalez went down in the survivor pool with an ill-fated pick of the 49ers. They had a good nine week run. We are down to 4: Michael Grieco, Plea D, Fake Alex Michaels and Dustin Tischler.

It's cool outside! Enjoy.
See you in court.


Posted by Rumpole at 6:46 AM
Email ThisBlogThis!Share to TwitterShare to FacebookShare to Pinterest
Labels: Richard Sharpstein

It is a credit to the legal community that Richard is being remembered this way. I remember my first trial against him. He stood before the jury and basically portrayed my witnesses and the government as evil incarnate and his side as pure as the driven snow. I saw through him immediately. It was all an act. As decent and honorable a lawyer as you will ever meet. I later referred clients to him. I know this is saying a lot but he was the best criminal defense trial lawyer I ever saw.

Judge Scott Silverman was the best Judge ever at the Justice Building. Tough as nails, but very kind to the lawyers and he made his decisions quickly and with a keen intellect.

I miss him terribly.

Richard was a fantastic lawyer and a great person, I still don't get the plaque thing ....

This is pure coincidence that I am posting again here. I posted a few months ago about Robin Williams and Judge Singhaal responded that he would be willing to talk yo me. Rump, how do I get in touch with you to get in touch with him?