We now dip our toe into local politics, fully cognizant of the Mark Twain quote: "A lie can make it half way around the world while the truth is still putting its shoes on."

And that was before the internet. 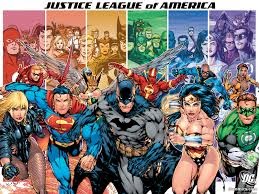 The League of Prosecutors (motto: "Not a group of superheroes, although we sound like we are")
had a judicial forum the other evening at UM law school. After the forum, the members  of the League voted for judicial endorsements. We don't know the particular rules for the vote, but the results say volumes about the quality of the judiciary: NONE OF THE ABOVE was a popular choice.

There are eight (ocho) contested judicial races. Four ( roughly half, in our expert estimate) of the races received no endorsement.

Those receiving the endorsement of the crusading group of current and former Assistant State Attorneys were:

Rachel Dooley. In a three way race including a judge, this is a coup.

Judge Nuria Saenz. Can't say we have ever heard of the good judge, but that doesn't mean much.

Judge Rodney Smith. If ever there was a Judge who did NOT deserve opposition, it is Judge Smith. More on this race and the good Judge in another post.

Judge Fleur Lobree.  If ever a Judge was up against the "name game" this is it. Think former Judge Shirloyn McWhorter. Lobree got whopped but good as a county court incumbent candidate last election by a latin female.  Then she was appointed to the circuit bench. Not surprisingly, another latin female has run against her. Politics is a tough game. Lobree needs to defend her seat. Being a good judge is not enough, and any judge who thinks it is will find themselves out of a job. This is the reality of our county and the judiciary.

See You In Court.
Vote for Judge Smith and donate to Judge Smith. He richly deserves your support. He should NOT have a challenger.

Don't forget to vote in our Miami Heat poll; top left on the blog.

Posted by Rumpole at 2:30 AM
Email ThisBlogThis!Share to TwitterShare to FacebookShare to Pinterest
Labels: Judicial Elections 2014

I have known Oscar Rodriguez -Fonts for years, been his partner and tried cases w him. He is a good lawyer, and more important a reasonable man who will be a GOOD Judge.

I disagree with the McWhoter comment. She was mean and nasty to everyone. She had no business being a judge. The person who "unseated" her is doing just fine. She got opposition for being a jerk on the bench.

There was a note on the wall in her courtroom reminding us that may happen if we didn't take the plea... this is what she did to those who didn't. That listed people who went to jail after a trial.

If you practiced before McWhoter, you knew she was a rotten judge.

Lobree, on the other hand, is rather nice and very competent. She just got opposition because she has a name that doesn't "sell" to our south of the border voters.

Lobree needs to go do something else with her life. She's smart, but she is scared of making decisions in most cases. She's also scared of black defendants, and anyone that practices in front of her on a regular basis will attest to this. She's even scared of reducing bail, and/or letting defendants out on bail, H/A, GPS, etc. No wonder her caseload is one of the worst in the building. Being a good judge is not about being solely smart, it is about being fair and having good judgment in every decision you make. She is a scary cat...gotta go!

I would point out that those thoughts about the Judge are purely your own and there would need to be hard data to show that the judge is "scared" of anybody.

McWhorter was beyond nasty and incompetent. Her staff was even worse. She needed to be off the bench as soon as she got there. Much like Judge Thomas who is nice, but very incompetent. Yeah, Slom and Leifman too.

Anyway, Zilber is a huge pain in the butt. He could not by the LOP. Then Oscar just looks sad. Sadly we must vote for one.

What is awesome is how DLP did not show or even apply and managed to screw (he wishes) Veronica. Amazing! That move earned him my vote and the Jedi Award! If elected to the 11th Judicial I see Berdy losing the Chief Judge position (she can then go play sorority with Del Pino and Gina) to DLP.

For clarification, is Veronica dating Ben Alvarez? If true, that's a huge negative of her judicial abilities. Who are her team members? Our REG former Judge Pando has been rumored. Any truth to this? Also rumored is Veronica speaking in Sweetwater about gay rights. Sounds like an ethical violation if true. DLP investigate.

Why did Judge Schwartz get snubbed?

Rumple please explain to us why Al is running. Expose edition please. Photos if possible. Also can we get a blow by blow of Perkins LOP attack on Al?

Rump, dont forget that Al once ran for the job of SAO. Got to agree with 18:00 about Lobree being scared to make decisions in cases. She listens to a motion then doesn't rule on the motion for considerable periods of time. Her opponent is a former PD, would likely be defense oriented and we are supposed to support the prosecutor who is clearly state oriented? Why?

Lobree would be well served to practice in private for a few years. She has no respect for the constitutional right to a reasonable bond and believes nebbia exists to prevent people from gettingt out of jail. Prosecutors get what they want no matter how unreasonable and defense lawyers have to spend days resolving bond issues that should take minutes. She already has a couple of horror stories which would shock any competent attorney. Do some due diligence before you post.

Told you so Rumpole....either you are a former ASA, a friend of Lobree, or have not appeared in front of her; but, if you have, then knowing her of course helped you (as I'm sure you will talk about your positive experience with her)....get real!

Enough with the Lobree sympathy. She got appointed to a county seat because she is buddies with the governor. Then got trounced in the election by the biggest margin I've ever seen and lost the seat. Then she smooched someone's arse in Tallahassee and got elevated to a circuit seat. Now she will probably get beat again.
Then what? Apply again for a county or circuit seat and get appointed again? Gimme a break.

Although maybe she will lose and get an open spot on the Third DCA.

Turd in the Pool said...

Good sign that the LOP couldn't agree on endorsements. At least some of them can spot a turd in the pool.

Dooley? A Coup? Really???? I'll have to roll the dice and vote for the unknown. I was in the pits with her back in the day.


Wait a second. I think you actually can.

I will steal that. I am really sure you can easily spell Heart and Victory without the HEAT.

I really don't have a beef with state oriented judges like Lobree so long as they are nice and polite. That she is.

Can anyone decipher 9:29 a.m.? Clearly a Star Wars nerd but who can understand that drivel?

At 9:18 "Anonymous" makes a comment that touches on race and within minutes of posting it "Rumpole" (also anonymous) makes it clear that THIS anonymous poster is not THAT anonymous poster.

Talk about being scared of race.

I spent a year in front of Judge Lobree as the A Public Defender and in my experience with her she is/was a remarkable a judge. She treats all litigants and their clients with respect and dignity. She listens before she makes a decision, give each side equal time and conducts herself admirably. She truly has no dog in the fight.

She is considerate of the attorney's time and other scheduling conflicts and is accommodating to family issues that might arise. She gives you a fair trial and knows the law. She was particularly sensitive to youthful offenders and would offer boot camp. Even after losing a murder trial in front of her where I thought the client would get life, she showed great restraint, listened to my arguments at sentencing and gave the client 40 years.

This isn't about Lobree sympathy. This is about a good judge who is a great public servant. There are a dozen others that deserve opposition, but she is not one of them.

The only bad part about her re-election is that I believe Mavel will also make a great judge. It's a shame we can't have both of them on the bench.

You REGB attorneys do not get it. Judge Lobree lost her race in 2012 because her mother was in hospice and died towards the end of the election. Family is first and she did the right thing to stay with her mother.

This is different. Mavel targeted her for race issues clearly. The worse two judges on the bench were Shapiro and Cohen.

A miserable example of a horrible judge is Leifman who did lose because he stinks and as we all know still does nothing. A serious lack of integrity for him and judge Sloath.

It surely violated one of my rules.

Or I was just being arbitrary and capricious.

Or maybe just arbitrary. But rarely just capricious without also being arbitrary.

8:36
please tell me,
with grammar that poor,
that you are not a member of the bar.
Because if you are
our profession is in very bad shape indeed.

According to the firm's website at http://www.acfdlaw.com/profile/ana-maria-pando/ former judge Ana Maria Pando "is currently employed as Senior Counsel in Alvarez, Carbonell, Feltman, Jimenez & Gomez, P.L., specializing in all areas of civil and criminal litigation in the state and federal courts, in municipal and local law and in governmental consulting and lobbying before municipal, state and federal bodies."

9:56, 9:29 doesn't make sense to you because you don't know about local politics. Otherwise it would make perfect sense to you.

Tom Cobitz is running against Stephen Millan not Al Milian. Similar last name, but I think a big difference.

11:45 -- oh you nailed it all right. The business of law enforcement under the auspices of "justice".