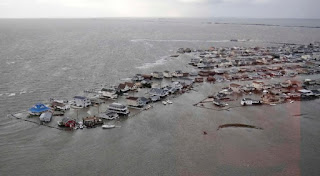 Those of us who lived through Hurricane Andrew in Miami have a special understanding what the people of New York and New Jersey are going through and are going to have to endure in the next few days and weeks. Lives turned upside down; no power; perhaps no home; the loss of their possessions and for the foreseeable future, their way of life. 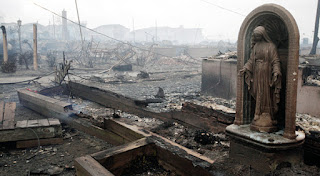 Section 27.5304 created the infamous limited registry for court appointed counsel.
Judge Sigler has found that the law violates the separation of powers doctrine because the statute essentially gives the court the power to appropriate funds from the court system to cover payments to court appointed counsel when a particular circuit uses more money for court appointments than the legislature designated.
Scribd is down at the moment. When it gets back up, we'll post the order. Until then, kudos to Judge Sigler for stepping up when other Judges have ducked the issue. Note the color of this sentence is BROWN.


We all know sex sells. Every Friday, frustrated bloggers check out the cover girl on the South Florida legal blog. From personal experience we also know that putting a Judge Milt Hirsch order on the blog sends readership and comments through the roof. Milt- like a fetching and buxom young lass barely covered- sells. Who woulda thunk it?

See You In Court.
Posted by Rumpole at 9:55 PM
Email ThisBlogThis!Share to TwitterShare to FacebookShare to Pinterest

Sigler is a great Judge, smart, attentive, and courageous. Wish more were like her.

Today Is halloween. A few rules: no candy you eat at work has any negative effect on your healrh. Same rule for any party you attend. You can always start the diet and gym tomorrow. Wait. Thanksgiving is three weeks away. Start after that. Wait. Then christmas is a few weeks away. Start your diet and gym in the new year. Yeah. Thats a great idea. You've never said that before and no one's ever done that before. So until Jan 1 eat up!! It doesn't count.

Angry Girl just doesn't get it.

Work out all you want, eat as healthy as you can, but a good dose of bad genetics and a history of heart disease, cancer or auto-immune disease in your family will trump that every time.

Shame to go through life so angry. You would think she would call herself Happy Girl.

Dude, angry gyrl is just pissed cause she knows we men can get as fat as we like and still score 25 to 35 year old hot chicks all day...without directly paying...until we are at least 65....whereas she has until 42, 43 tops (if she works as had as she claims to) to do the same, then it is straight downhill from there.

In other words, no matter how hard she tries she will always be 20 years in the hole. Quite sad, but that is life and the nature of things.

This is Fake Captain live blogging from bar on the west side of manhattan that has power. Mayor Bloomberg and governor Cuomo asked us to fly in and act self important and live blog the continuing disaster in NYC.

Devastation was everywhere as we limo'd in from the airport. The sadness in the eyes of new yorkers unable to charge their i-phones and get a decent starbucks was almost too much to bear as they lined the streets and peered hopelessly into our stretch limo.

Once at Hurley's Saloon on West 48th (no relation to Judge Hurley in West Palm Beach) we opened our laptop, ordered a cold pint, and were open for business.

Now on to the serious issues of bringing hope and relief to millions of powerless new yorkers.

yeah 12:31 like I would give you a second thought or let your fat, sweaty body come within a hundred yards of me.

Judge Silger's decision is right and courageous decision. I believe the 3rd will uphold it as well. Wish other judges had the courage to uphold the Constitution.

Rumpole, I'm interested to hear your comments on the JQC complaint filed against Palm Beach Judge Barry Cohen. It's an unusual one.

Angry Gyrl - You probably already have