Temp dipped below 85, so fall has arrived in Miami. 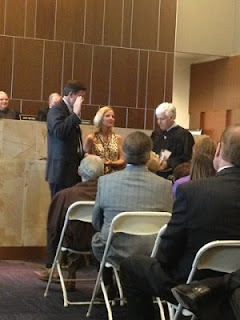 Beer:
Results from Friday's informal poll: Judges Murphy, Echarte, Soto, Cueto all had support. Keep writing and we'll put up a formal poll next week to find a winner.

Indian Food:
Sometimes you just really want some good curry.
What's the best places in Miami for some really good Indian?
Yes, we've been to Imlee in Pinecrest dozens of times.  Surprise us with something new, different, tasty, and fun.

BI MO:
In the 1980 presidential primaries, George H.W. Bush beat Ronald Wilson Reagan in Iowa's straw poll and the primary in Puerto Rico (which Reagan boycotted). Bush declared he had "Big Mo" as in momentum, heading into New Hampshire. Then he debated Reagan in Nashua New Hampshire (we were there). Because of election laws, the Reagan campaign paid for the event and invited lesser candidates to participate. That caused Bush, who was present, to initially not take the stage. John Green, editor of a local newspaper told a sound man to turn off Reagan's microphone as Reagan was explaining why he included the other candidates. Reagan then roared "I am paying for this microphone Mr. Green." The crowd roared. The video went 1980's ish viral, Reagan won New Hampshire, and that was the end of Bush's Big Mo until 1988.

538: Nate Silver's political analysis of the election for the NY Times here , is, as we have previously written, the best and most accurate analysis of polls and voting.
Silver sees a big movement toward Romney. In a word (or two) Romney has "Big Mo".

The question is whether Mitt has peaked too soon?  It was Reagan's last debate with Carter, just a week before the election and still trailing in the polls, when he said "There you go again".  Undecided voters broke big for Reagan after that,  and Reagan's come from behind victory was complete.

Obama and Romney have two more debates left. Obama is still favoured to win election. The question is whether Obama can stop Romney's Big Mo?  Has Romney peaked too soon? Will Obama have his own "There you go again" moment sealing Mitt's fate to the dustbin of challengers who came up a Bitt (as in Mitt) short.
23 days to go.

Enjoy this beautiful weekend.
Posted by Rumpole at 8:49 AM
Email ThisBlogThis!Share to TwitterShare to FacebookShare to Pinterest

Bengel - next to "City Hall" on Biscayne

Both solid, not out of this worth.

Tried Bengal. Not impressed. I think there is a new one in the Mary Brickell Village area.

My wife and I are always looking for good Indian food. There aren't a lot of good options in Miami but namaste on biscayne in the 70s does a good takeout--not for dining in though its basically cafeteria style. Palm beach county has some good places I think more Indians live there. But for the best in America try any hole in the wall on Devon in Chicago.

what about the hole in the wall across the srt from the dupon t bldg?

Here's why it pays to use an expert and not go to a cheapie store where they don't have service:

I stopped by Caribbean Cigars a/k/a Ye Olde Cigar Shoppe to pick up a box of Perdomos for the guys for the Gator game. The proprietor, a stout gent, spent some time and asked some basic questions: What food was I serving? Beer or wine or liquor or both? How sophisticated were the smokers? After fifteen minutes he talked me out of my $300 purchase and put me into a few smaller groups that ended up costing me $220 but which I am sure we will all be much happier. I ended up with some Arturo Fuentes, a beautiful batch of Honduran El Rey del Mundos, a few hand made Ashtons from the DR,
two Cohibas (one on the house) for me, and some very smooth Romeo y Julietas for the boys.

I will be returning for more and will tell all my cigar friends.
CD

Best cigars are from the D.R., grown up in Santiago. My
Father-in-law has a small plantation there. Great smokes.

I'm afraid the morons will take it this time. Meet President Romney.

Rumpole, in 1980 both candidates' internal polls showed Reagan with a small (2-3 point) lead, but the race was competitive. As we all know, Reagan stomped Carter in the debate, the rest is history.

Let's fast foward to to 2012. Prior to the debate Obama had a moderate but convincing lead. Both campaigns privately admit that while Romney has tightened the race, Obama is still more likely to win. Obama has 237 solid EVs, Romney 191. Analysis of the battleground states:

NC (15 EV)--leans Romney. Looks like Obama may write this one off.

Also, several recent polls have shown the race in MO tightening up. Romney cannot afford to lose there.

Overall analysis--Obama still has a slim lead; if the election were held today, he would probably (but not definitely) win. Obama cannot afford another flop. That being said, most incumbents lose the first debate. Kerry beat G.W. in 2004, Dole beat Clinton in '96, Bush 41 was awful in '92, and even Mondale gave Reagan some trouble in '84. Some of the bleeding was probably stopped on Thursday with Biden's performance, although Ryan did a nice job as well.

Overall analysis--Obama in a close one, assuming he at least ties Romney in the next two debates.

Since we are talking cigars, I smoke two a day. I make a monthly trip to la Cuenca cigars in downtown Hollywood. A great variety and the service is first rate

Cigars are as filthy as cigs, and worse for your health in many ways. Tell me how your mouth cancer is gonna help your courtroom presentation.

I smoked both for MANY years, so I understand the enjoyment.

But really, grow up already....none of you are the image you have of yourselves as swashbuckling, cafecito-swilling, macho lawyers.

I have lawyers who get clients with social media

I have a blog

I have two blogs

I hate bloggers who use blogs to get clients as lawyers.

*not to be confused with Fake Tannebaum who was run off this blog in a classic smack down by Brian T that will live forever in the annals of blog history.

What Brian T smack down?

There was a Fake Tannebaum here for awhile stirring up trouble , and then the real BT struck back with a comment that began, I recall as "OK, you wanted my attention, you got it..." and proceeded to unload on Fake T to the extent that Fake T replied, crying that he was sorry and just wanted a shot and would stop and to this day Fake T has never been seen again.

Ate there last night. The chicken Korma was fantastic-creamy and just the right amount of spice. Lentil soup was sublime. Skip the appetizers- too much. The breads were fantastic- garlic pan was amazing. Overall a very good meal.

Wow, a camera in a Federal courtroom!

The FBI will want to know who took that photo.

i have all my teeth and im voting for willard. i make duckets bro.

When I tweet, 2000+ law students hungry for a job snap to attention. About a dozen social media marketers moan, and the rest don't give a darn.

*Not to be confused with Fake Tannebaum

Uh' Tannebaum? Do you see the irony you dipshit? Your social media is what you're known for, not your lawyering. You're like the dr Phil of mjb

6:48 - Lawyers are allowed to have their phones and laptops in federal court. Pretty obvious you're not a lawyer or you haven't been to the federal courthouse in years. I'd hope the FBI had more important issues to entertain themselves with.

A great new (July 2012) Indian restaurant at 141 and South Dixie Palmetto Bay. It's called AYESHA.
14151 South Dixie.
Cooked to order,fresh and good size portions.Great selection. A little slow coming out because it is cooked to order.
"Trying to please" wait staff.working to get it together and to please you.
Owners on site and hands on.
Decor is trendy, spacious room not the usual storefront Kitschy Indian decor.In room bar with hard liquor as well as bottled beers.
Not sure what was in the location before but probably a restaurant.
Try it you will like it.
Prices are good. Not as expensive as Imlee and bigger portions.

Raja's Indian cuisine, 33 Ne Second Ave. Walk in and get your order to go as it is a difficult place to eat in - it's small, old and looks like someone's basement, but the food is excellent, several meat and vegetable dishes to choose from daily and the family that runs it is super nice.

There is almost no good Indian food in Miami-Dade. Broward is another story. Try Bombay Cafe at 3060 Andrews, or Udipi Cafe for pure vegetarian food.