WHO IS THE LAWYER WHO IS KICKING BACK FEES TO A BONDSMAN?
WHO IS THE BONDSMAN WHO SHOOK DOWN A DEFENDANT AND HIS/HER FAMILY IN THE CASE BEFORE JUDGE BUTCHKO? 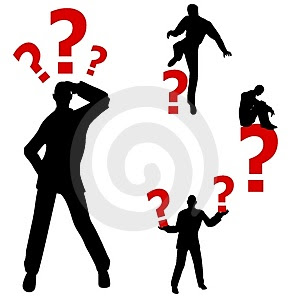 it is worse than u think, there are dozens of hustlers who sit on computers all night looking at the last 100 bookings in . when they find a likely prospect they call the family and try to hustle both a bail bond and attorney and get a kickback 30 to 50 % from the lawyer. worse is booking desk workers at the jail also have bondsmen and lawyers they refer to , as do the "house men" at the jail who control phone usage. There are even lieutenants , and captains in on it. Every single time I have gone to see a client charged with trafficking, the client has a business card of a certain long time prominent attorney who's name heads up a multi attorney Miami criminal defense firm. EVERY TIME over ten years, . this stuff is old hat. the only way to stop it is to shut off access to booking info, but the county refuses. by the way all defendants should have to go to a bond hearing, it could be 24 hours like ny. the bullshit cases will get ror;d and the really bad shit will be treated with more care,best of all the bondsmen will loose their advantage over lawyers, win, win, win

Does the SAO care about this? How about the Miami Dade Police Department?
The Feds?
Anybody besides us?
Posted by Rumpole at 6:24 AM
Email ThisBlogThis!Share to TwitterShare to FacebookShare to Pinterest

THE HARDEST JOB APPLICATION IN US said...

Wanted: Governor- must be Republican.

Must be married and not living an "alternative" lifestyle (sorry Charlie).

Must have been 99% FAITHFUL to his/her spouse

Must have children who are practicing abstinence.

Must not UNDER ANY CIRCUMSTANCES be from Alaska.

Which SOBE swingin Defense atty's soon to be ex-wife stormed into a swanky eatery and socked him over a Rib-eye cowboy steak while he was eating with his 20 something model girlfriend? They finished dinner- the restaurant refused the bill and politely told him not to return until his home life was more stable.

Several startled patrons dialed 911 but the soon to be ex skeedaldled before the police arrived.

Who is "the" lawyer kicking back fees? "T-h-e" lawyer.

Stop the BS machine! Cindy Lederman is still the admin at juvy!!

This problem has existed forever! The ONLY way to effectively end it is to create a system that forces people to call a lawyer before they call a bondsman. Unless that happens, and it unfortunately probably never will, this sitaution will not change. Period.

the only people who care are the people getting beat out of business-lawyers!u aint gonna find any help people.

But thankfully cats in Palmetto Bay are now safe.

Unless they are run over by Donte Stallworth.

Justice isn't about party politics! (My, how quaint).

Orlando Prescott is the new Administrative Judge at Juvenile. (Replacing the inexperienced and indifferent Cindy Lederman).

Lester Langer also gets the boot and is replaced by George Sarduy as Associate Administrative Judge at JV.

As for the promotion of Israel Reyes, we now have two administrative judges in Civil who are openly chasing a seat on the high court.

How about less cryptic crap.

If anyone knows something - now would be a good time to name names.

Pissed at the SAO? You tell them what you know and let them investigate. Or the cops. Or the Feds. Just do something and stop whining.

I am on vacation up north and they are talking about the damn football player and how he purchased his way out of jail.

I have personally spoken with sao investigators and yes, they have investigated bailbondsmen and lawyers and say they can not prove it. RUBBISH!

We need to report this every single time we see it.

When your client comes in, ask him if he was solicited. Many even hand me the business card of the lawyer they were sent to.

This is not as bad as the corrections officers who push in- custody defendants to hire particular lawyers or they will not get out of jail. That happens all the time.

>>Does the SAO care about this? How about the Miami Dade Police Department?

What a load of malarky. If you care about it so much, stop standing together like a wall of protection and do something about it. Don't wait for the SAO, the police, or the Feds to come calling. If you know who's pulling this stuff (and of course you do; the kickbacks to bondsmen and corrections officers have been going on for years) then turn them in and don't be afraid to reveal yourselves. If you have the attitude of "let someone else do it" then it's going to keep on.

You guys never miss a chance to knock the police or the SAO, do you? Even when one or more of your defense attorney brethren do something wrong (like paying kickbacks) you take the opportunity on this blog to somehow blame the authorities for not doing what you all should be doing. Shame on you. Why don't you guys try healing yourselves for a change?

Rump, how about this excerpt from a 2005 New Times piece (Get Out of Jail First...How a Miami bail bondsman made a ton of money by sneaking into the court's computer system by Tristram Korten) published in January 2005 -- which should be required reading for all (honest) criminal defense attorneys -- of how the system really works:

For more than a year bail-bond agents throughout Miami-Dade County have watched their business plummet. Some bondsmen estimate that their client volume has dropped as much as 70 percent.

"This has paralyzed many people's business," says Nathaniel Sala-Suarez of Coconut Grove Bail Bonds. Adds Jack Benveniste, President of All Dade Bail Bonds, Inc.: "A lot of people are barely holding on."

It wasn't as if the need had disappeared -- this is Miami after all. Police were still arresting people, and those people still wanted to bond out of jail while their cases wormed their way through the court system.

The problem was that the business was all going to companies controlled by one man, the county's most notorious bail bondsman, James Viola (and business associate Jenny Garcia). Viola's agents weren't persuading hundreds of new defendants to use their services over their competitors. His people were simply getting to the defendants, or their families, first. They called families so far ahead of the competition it was almost as if they were getting the arrest information before it was made public. (Viola is the bondsman other bondsmen love to hate. In the mid-Nineties a task force of law-enforcement agencies undertook a protracted investigation into allegations he bribed jail guards to coerce defendants into using his bail businesses. No one was ever charged.)

The problem got so bad that roughly six months ago Ed Sheppard, an unofficial spokesman for reform-minded bondsmen, came to me in frustration. He had met with various officials -- from the clerk of the court to state regulators -- and nobody seemed able to do anything. "They've got to be breaking into the court's computer system," he told me at the time. "I just can't prove it."

These days, it's Lisa (aka Nilsa) Santiago, Bill Elias and some other guy named Alicea who somehow have someone (from Corrections) feed them a password so that they can access the system more or less simultaneous with booking. Once they have a name and DOB, the rest is as easy as an IRB search to find phone numbers of the next of kin. The proverbial midnight phone call to the family follows, and subsequent to that, the card of the "house" attorney.

Track any trafficking case and you'll see what I mean.

Greg Iamunno is a Great Attorney.

Corrupt Corrections officers and house men that control the phones right in front of the Corrections officers Is the the biggest problem. Every single bondsman has some angle to get bonds. I know i have been a bondsman for 12 years. The easiest fix is to not mix house men in with the new bookings. But they wont because the correction officers are enjoying the kick backs. The computer hustlers seem to be gone for the most part now.

But thankfully cats in Palmetto Bay are now safe.

Unless they are run over by Donte Stallworth."

Brilliant. The SAO office doesn't give a crap about this kind of stuff. Keep the cats safe YO! While your at it anyone else need to buy there way out of manslaughter?

How about that stellar prosecution of the group of city of miami employees that was running "The Firm", an engineering company run by city employees while on the clock working for the city. Notice how that wall of charges against them turned into a single misdemeanor charge each?