CAN'T TELL THE PLAYERS WITHOUT A SCORE CARD

Here's your 2019 REGJB County Court lineup.  There are a lot of rookies taking the playing field.
What's with everyone fleeing to civil? We will try not to take offense.

Judge Betty Capote-Erben goes to back-up. Judge Kriry Nunez (4-9) replaces her in the line-up. Maybe someone should tell Judge BCE about Wally Pip and Lou Gehrig.

Judge Wendell Graham hangs up the cleats after close to thirty-years on the bench (maybe it is 30 or more. Who's counting?). Judge Michael Barket will be holding court in 5-2.

Judge Gordon Murray was traded to the Caleb Center which is having a grand reopening in 2019.  Judge Lizette Martinez moves into courtroom 5-7 and the chambers once occupied by the Great Louise Krieger-Martin. Where have you gone Joe DiMaggio? Our nation turns its lonely eyes to you.

Judge Michelle Alvarez-Barakat is movin-on-up to the east side to a deluxe apartment and chambers in civil. Judge Elaine Sosa-Bruzon (ESB)  will be open for business in 5-1.

Judge Mary Jo Francis heads off into the sunset and her eclectic calendars of jail arraignments and criminal traffic will be handled by Judge Jackie Woodward who doesn't merit a hyphen in her last name.

Lest all these shakeups and changes have you a bit rattled, fear not. Judge Fred Serpahin will remain a steadying presence in county court, but he's taking chambers on 6 and will be in courtroom 6-8 and Judge Ed Newman is steady as a rock holding the line in his same old spot in 6-6. 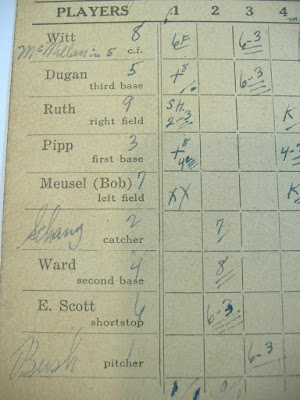 Query: Which of our new county court judges do you think is circuit bound first?

Posted by Rumpole at 8:30 AM
Email ThisBlogThis!Share to TwitterShare to FacebookShare to Pinterest
Labels: County Court Judges

Which ever one is a member of The Federalist Society.

From the society pages, the rundown on the lowdown on Friday night's fete at the "Christmas-Tree's" spacious home way down south. Waiters moved easily among the guests with the Miami-Dolphins cheerleaders intermingling among the partiers providing festive cheer. Diners enjoyed Baby lambchops from New Zealand, Stone Crabs from Joes, and a Louisiana Crawfish stir-fry, while a never ending tub of Caviar was nestled in an ice dish next to a flow of Tito's Vodka that come through an ice statute of a gavel. For Vegans, the affair was catered by the new hot eatery Combo Asian in Wynwood. Their vegan take on KFC was hugely popular.
The Probate Judges and their crew entertained the crowd with their annual performance of Cara Mia Mine made famous by Jay and The Americans, and then quieted the raucous crowd with Silent Night, which caused a tear or two to drop from even the most hardened litigator in the crowd.
The highlight of the evening was a video tribute to retiring Third DCA Judge Rothenberg, hosted by Jay Leno, with tributes from Dan Rather, Justices Gorsuch and Sotomayor, Gloria Estefan, Rudy Giuliani, Mark Cuban, with Kid-Rock singing a couple of rock favorites.
Superstar DJ Khaled made an appearance around mid-night and hit the turntable for a star-studded set that got the guests dancing and the party went on until the wee hours of the night.
Starbucks coffee, Pineapple upside down cake, and an assortment of crepes ended the night and guests were given a six pack of Einstein Bagels on the way out along with Mr. Christmas Tree's fav Red wine-Clos Saint Jean Chateauneuf du Pape Rhone Wine, which flowed freely throughout the night. Guests were asked to Uber in, but the return trip was gratis on the house, with a fleet of Uber SUV's lining the street just waiting for tipsy guests to stagger in and tell them the way home.
Another A+ year end party at the must attend legal event of the year.

And, NO, not all of them are members of The Federalist Society.

Could have also been the '22 Yankess.

I take it that such fancy and exclusive party must have been catered by The REN, a venue.

Who are these people? I have never heard of them.