BARACK OBAMA HAS BEEN RE-ELECTED PRESIDENT OF THE UNITED STATES 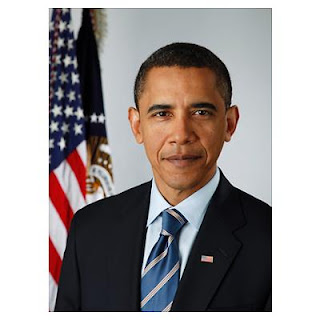 At 11:17 PM on Tuesday, November 6, 2012, all five networks, FOX, CNN, CBS, NBC & ABC called the election for Obama.  With five states outstanding, Colorado, Florida, Nevada, Ohio & Virginia, it was OHIO that put Obama over the top.  I believe that FOX called it first and all of the other networks were quick to follow within the next 45 seconds.

It is now past midnight though, and Mitt Romney's camp is not prepared to concede.  They do not believe that Ohio is lost and they have not made the "phone call" to the Obama people.  As a result, all the network talking heads are still talking.  They await someone to take a stage, Romney to concede or Obama to claim victory.

There are now three states left to call: Colorado, Florida, and Virginia, (Nevada was just called for Obama a few minutes ago).  I did call Florida at 10:01 PM tonight for Obama after doing a County by County analysis.

With 73% of the popular vote cast, these are the numbers, (you can't make this up):

Judge Andrea Wolfson appears headed to re-election.  With 83% of the votes counted, Wolfson maintains her lead of 53% - 47%.

All three Florida Supreme Court Justices have been retained after each received 68% of the vote.

All but three of the Constitutional Amendments have gone down to defeat.  The only three that will garner the required 60% of the vote are: Number 2: Veterans Homestead Discount; Number 9: Surviving Spouse of Military Veteran Homestead Exemption; and Number 11: Low-Income Seniors Homestead Exemption.

Congrats go out to former ASA Catherine Vogel who will be the next State Attorney in Monroe County.  The 16th Judicial Circuit vote shows Vogel getting 56% of the vote and defeating Mark Kohl.

Congratulation to all of the candidates and bravo to all those who got out and voted today.

We look forward to our next election cycle in 2014.

As always, feel free to email us with any tips at captain4justice@gmail.com.

Posted by CAPTAIN JUSTICE at 12:29 AM
Email ThisBlogThis!Share to TwitterShare to FacebookShare to Pinterest
Labels: Judicial Elections 2012, Presidential Election 2012

What piques me is that our country's population is 311,591,917 and 106,000,000 Americans vote. A little less than 50% agreed with the radical fundamentalist views and we all know based on absolute bias. It somewhat is disheartening to know that 50% of Americans would vote against middle class virtues which in a lot of cases greatly effect themselves just as much as any other ethnicity. After 200+ years 50% of Americans motives are still guiding by pure hate. I hope that we can progress and move past the bitterness and the narrow minded and illogical ideologies that crippled our progress as a country during the last four years. I pray that we can work together in a logical and comprehensive way as it pertains to legislation that is fair, and comprehensively progressive. This is my hope for our Great United States. I expect that we will move providently and reasonably forward.

AM, shut the F up for once and let us enjoy the victory of our president without your ignorant comments. Thank you

Looks like the voters in Miami got it right.

Fox news is saying there was democrat voter suppression. They are showing a black man standing next to the door.to a voting center. Apperantly they allege that made republicans too scared to go in and vote. Fox is awsome! Just when you think no way.... They go there.

Both candidates were sub par. Interesting the country decided to stick with Obama. Not really sure what he did for us in the past four years. I hope he does something for me in the next 4

The public gains by having Andrea Wolfson but really loses out by not having Julio Gonzalez. I pity these two fine lawyers and good people having to duke it out in a dirty political arena.

Who knew that American Minority was a republican?

I agree...I can't believe that 50% of Americans are so radical.

shumie time in honor of the prez!!!!!

I am amazed that top notch judge like Andrea only got 53% of the vote. This does not bode well for our community.

6:15,
I know exactly who you are just by the time that you posted. Listen, it seems as if you really taken things to heart, that's too bad but that's what happens when you are a shitty lawyer. Now I'm going to let everyone see just how ignorant you are by letting you, in your own explanation back up your claim of my comment being ignorant. Point out the aspects of comment that are ignorant. Let's see if it's your contempt for me or does your claim hold merit you know I'm able to back up my claims let's see can you counselor....Go

Btw, you can use a makeover for sure, and that's no exaggeration, tootles.

Final numbers are in, (when all except for the absentee ballots that they are still countin), and here are the numbers:

They still have not called out State. Obama currently leads Romney by 48,625. There are still seven counties yet to finish counting their absentee ballots including:

Finally, Alan West refuses to concede his seat to Patrick Murphy. West trails by 2,456 votes. And there are many absentee ballots yet to count in Palm Beach County. His seat, the 18th Congressional District inlcudes three counties: Martin, St. Lucie, and Palm Beach. While Murphy garnered more votes in Martin and St. Lucie, the vote in Palm Beach County was:

So, West is hoping to pick up those 2,456 votes in Palm Beach County from those absentee ballots.

Hey Rumpole - who won the contest?

It depends on who Rumpole holds as the official reporting source.This is an article from USA Today:

The Associated Press officially called the race at 11:39 p.m.

While Romney still held a lead in the popular vote, Obama is on the track to win as many as 300 electoral votes, and perhaps more; it takes 270 to win a presidential election.

Romney is expected to speak tonight at a convention center in Boston; Obama will follow him with remarks in Chicago.

I predicted President Obama at 11:45pm. Maybe Rump is somewhere in his study contemplating the probative vs. prejudicial effects of admitting that I won, as I believe it may entail some co-op journalistic prize. No worries Rumpole make the announcement. Don't let sour grapes spoil. lol

Anonymous on Tuesday called it at 11:34. I'll let Rumpole figure it all out..

Bernard (AM)
Of course its the contempt for / of you that drives the nasty replies.

Contempt drives half the replies at least.

Learn to laugh so you dont cry..

I dont worry about that if everyone agrees with you then your doing something wrong.