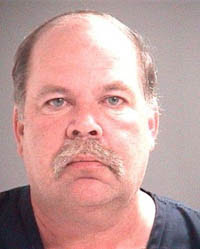 FROM THE SUN SENTINEL


A Miami-Dade Police Department officer was arrested for driving under the influence in a cruiser about 6:15 p.m. Monday west of West Palm Beach on Florida's Turnpike, the Florida Highway Patrol said.The officer, Jeffrey Janish, 51, was in uniform and was in his police car headed north as he swerved from lane to lane while speeding, officials said.Troopers pulled Janish, a 24-year veteran of Miami-Dade police, over north of Okeechobee Boulevard, took possession of the cruiser and arrested him, said FHP Lt. Michael Brown. According to the Palm Beach County Sheriff's Office booking blotter Janish's blood alcohol level was between .226 and .239, about three times the legal level of .08
Posted by Rumpole at 9:15 PM
Email ThisBlogThis!Share to TwitterShare to FacebookShare to Pinterest

This is definitely a "best joke" post. Let's hear 'em!

So cool that I'm first to say this...get ready everybody...this is my first time....

"SOMEBODY WANNA TELL ME WHO'S CAR HAS HAD THAT BOOT ON IT FOR THE LAST 10 DAYS?"

Off. Janish is a really nice guy. This is a sad story.

nothing like a drunk cop in a marked cruiser to instill confidence in the community...

11:26,
Sad Story? Every DUI is a sad story. For everyone involved; driver, family, hopefully no victims.
Why is this any more sad? Because he's, as you say "a nice guy?"
Most of my DUI clients are "nice guys." But nice people do stupid things too.
Problem is, and I know this debate has been around before, do we, and/or, should we, hold people like officers to a higher standard?
They should know better and maybe we should expect better.
Have you seen what happens after a cop gets shot? Certainly different than what happens after the crack dealer on the corner gets it.
If we're supposed to honor and respect officers, why shouldn't we hold them to higher standards?

As press secretary for Mark Eiglarsh, I'd like to make the following statement:

Mark Eiglarsh is totally against DUI and all other crimes.

For further comment, tune into the NBC6 news at 11.

Don't we already hold them to a higher standard? He will likely lose his job. There aren't too many professions where that is true. My boss wouldn't fire me for a DUI, for example.

And for the record, we broke this story before the S-S had it. I don't know why our stories are sometimes difficult to find on our website, but I'm trying to find a solution so Rumpole's faithful don't have to head North of the Border to get their news.

Hope everyone is enjoying the holiday season.

Morton's valet and costs an arm and a leg. Capital Grille valet, free. Why go to Morton's? Dry aged steak is tastier.

I think he blew because they told him if he was cooperative with them, they'd put in a good word with the prosecutor.

Excellent comment. Very apropos of the scenario and what we deal with all the time.

I have represented cops before in DUI cases.. one in his police car.

They make them blow for administrative reasons so, maybe that is what happened.

I feel real bad for the guy.

He must have gone to a party, had too much and did not realize he was impaired.

That can happen to almost anyone.

Remember, Bush has one DUI conviction and Cheney has two.

Funny thing is that if he gets pulled over just about anywhere in Miami-Dade, they probably just take his keys and call someone to pick him up. But pulled over by FHP in West Palm Beach? Tough to wrangle a little "professional courtesy" on that one. Troopers dont mess around.

And can you just picture a trooper hitting the lights and pulling over a marked police car? How sad.

There for the grace of God go I. It can happen to anyone of us. It should remind us that we are all human.

Listen- everyone knows that this guy is one phone call away from having the charges dismissed, an apology, and probably a promotion at work:

SOMEBODY CALL THE Q.

I would like to see the a-form. What caused the stop? Weaving?

I say break it down to a reckless...he's getting fired anyway.

Is that a donut in your pocket, or are you just happy to be ending your miserable cop career?