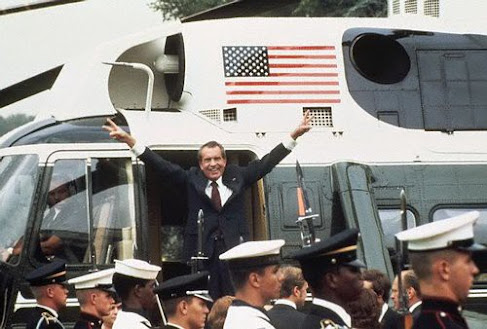 The resignation is effective as of May 14, 2021 at 5:00 PM. With last month's resignation of Judge Miguel "Mike" Mirabal that now leaves two open seats on the Circuit Court bench one in circuit court and one in county court. Time for the JNC to get to work.

Expect our Governor to end up choosing judges whose resumes includes the initials ASA, AUSA, or AAG. To date, 78 of the 121 judges chosen by DeSantis (a staggering 64%) did in fact have those initials in their backgrounds. Compare that with only 5 that were former APD or AFPD (only two of which were in the public defender's office when chosen).

Contrast that to the recently released list of nominees from the Biden administration for federal court judges. More than half have worked as a public defender during their careers.

marty got get ajob

He read the writing on the wall.

Good riddance. I suspect this isn’t the end of this for old Marty, though. The Florida bar grievance committee might want to have a word or two with him now that he’s no longer a judge.

OMG! Will Judge Monica Gordo next? Rumor is she started an apology Your to her 7 previous Judicial Assistants. Stay tuned!

Captain has collected a government check his entire legal career?

Just another bottom feeder looking to drink from the public teat. Hopefully the Bar will take the case over. El Ponte will be next.

I am heartbroken. Judge Zilber is the best. I would hire him at my big firm to bring great status and represent our blue-chip clients with much class. He was the best circuit court judge on the bench. No doubt about it. He was humble and had a big heart. The law meant everything to him. He gave up a multi million dollar career as a practicing trial lawyer to become a judge.

Wow. We now have 3 vacancies in the Federal Court for the Southern District of Florida. Judge Ursula Ungaro has now resigned. Then we have Judge Zilber resigning (not unexpected). And Judge Krista Marx calling it quits in Palm Beach in July. I guess the idea of dealing with all the backlog of cases is driving them out.

Not sure about him needing a job

Seems to be a bright guy with good business sense

Though I’m sure this wasn’t his preference

You won’t have Zilber to kick around or blog about anymore .......

Mom. I asked you to keep my employment out of the discussion on this Blog. Thanks for blowing my cover. Can’t wait for the day when I can just sit back and collect that State pension check.

Judge Díaz , Judge Silver and a few others lost a mentor and protector. Who knows maybe they are better off. Zilber did seem to have a good relationship and help many of his colleagues. That also can be a good and bad thing. Let’s see what come of all of this. Godspeed Judge Zilber

I’m guessing Judge Zilber got fed up with the process and decided all this was not worth the job. He had a life before and will again after the bench. Be careful what you wish for , we will probably get a much less qualified and less intelligent replacement.

Are you kidding me?

Judge Zilber is just the same as Federal Judge Ungaro. He will go out now into private practice with a prestigious law firm and pull in $2-3 million a year. No one is better connected to Miami’s elite.

He will probably go on to run for US Congress and be one of the greats.

There are two SDFL spots: Moreno and Ungaro. Likely more to come, as several judges are eligible to take senior status (or retire).

I predict there is more to come on the dereliction by Soto and others on how judges have taken excessive time off and received financial compensation, all because the Chief Judge and Administrative Judges have not documented the absences. The rules of judicial administration mandate such documentation and Canon 2 impose the duty to report violations by other judges. How are Soto and others going to explain how judges were allowed to receive their full salaries while not working. How will they explain their willful blindness to extended absences by fellow judges. We have all heard about police officers and others charged and prosecuted for theft for virtually the same thing. So, how are judges any different than any other public servant. Recall Judge Ortiz getting sanctioned for her husbands transgressions under the pretext that she "should have known" about his "freebees." How are those who are responsible for supervising the system any less guilty of aiding the misappropriation of state funds. I suspect there is more to come on this issue.

Zilber a trial lawyer. Thats hilarious. Look at the last opinion from 3rd dca where he wouldn't strike a juror for cause and got reversed.

Thank you. It’s been corrected now.

"Judge Zilber is just the same as Federal Judge Ungaro. He will go out now into private practice with a prestigious law firm and pull in $2-3 million a year."

State judges who leave the bench don't have the same cushy prospects as federal judges. Especially state judges who lose an election or resign under a cloud. Whatever happened to former Miami judge Peter "Camacho" Adrien? Or up in Broweird, whatever happened to former judge Matthew Destry? Are they raking it in at some white-shoe firm somewhere? The only Florida firm that aggressively recruited former state judges was Scott Rothstein's firm. We know how that went.

Anyway, most state judges who retire or resign try to ride the mediation gravy train.

Maybe this will teach Judges to be a bit more human. Too many get away with disrespect towards their staff on a constant ( berating, no bathroom breaks, lunch breaks...)

lets add deliberately slamming a door in front of clerk's face & not apologizing even after the clerk made statements.
Good riddance.

More to come. There is a list going around of more judges.

Now that the manager pulled Zilber, seems like a perfect time for DeSantis to call up Fajardo from the bullpen.

Zilber may have to go back to driving a cab if the Bar sinks their teeth into his misdoings.
Can anyone actually find a jury trial since his bar admission 30 plus years ago where he actually tried a case?

I don't know about all this negativity, the guy mad a mistake and he is clearly paying for it. I think he would have been a better Judge had he stayed and i for one am sorry to see him go.

We should stop kicking people when they are down. And you wonder why people hate our profession.

Zilber WILL BE JUST FINE!!! A BRIGHT GUY AND HE WILL BE SUCCESSFULL WITH HIS NEXT MOVE. MAYBE WE SHOULD WORRY ABOUT OUR OWN PROBLEMS AND NOT SO MUCH ABOUT OPTHERS!!!!

I bet Zilber makes more $$$ not less. He and many others could do way better in private practice , and they choose to serve on the bench.

How much less qualified is possible.
How many cases did Marty try in his esteemed legal career ?
How many lawsuits did he actually file or defend ?
Look at his cv , it's conspicuously devoid of any litigation achievements. It demonstrates little work ethic
His forte was raising funds for his reelection from his peers seeking to get on his good side , period end. Good riddance Marty , now you have more time to vacation and post your selfies without oversight by the taxpayers who paid for your leisure and your JA and Bailiff to run your personal errands n ds and SFA shopping. .

A point that should not be overlooked is Bruce Jacobs's involvement in the grievance against J Zilber, as counsel for the alleged complainant. He was quoted in the Herald as trumpeting his victory, in getting J Zilber off the bench.
Another point, though of no substantive weight, is that many lawyers in private practice, especially of J Zilber's generation, routinely called on staff to do personal errands. Court employees do not do those things; not sure they even pour a cup of coffee for the employing judge. Certainly, the employing judge, if a veteran of government service (as J Zilber was not) would never ask staff members to do any private errand, however minor.

"Another point, though of no substantive weight, is that many lawyers in private practice, especially of J Zilber's generation, routinely called on staff to do personal errands."

That's right. But since these are lawyers in private practice who are paying their own employees with their own private funds, they may pay their employees to do a whole host of tasks beyond legal firm work, including personal errands like fetching coffee or the dry-cleaning, even if their employees may find such tasks degrading.

"Court employees do not do those things; not sure they even pour a cup of coffee for the employing judge."

Probably happens a lot. So long as the JA and the judge have a good rapport, the shit doesn't hit the fan. When Broward Judge Charlie Kaplan died, it was his JA who went to his condo and discovered his dead body, because his JA had a key to his condo. If the JA was only supposed to be doing judicial tasks, why would the judge give her a key to his private residence?

Who is going to replace him?