WHO SHOULD BE US ATTORNEY

DOM scooped the Miami media and blogasphere by reporting about Judge Ungaro being in the running to be the next US Attorney for the SDFla.

Be that as it may, who should the next president pick?

The US Attorney oversees an office that does much more than file illegal re-entry after deportation cases.

The Southern District runs from North of West Palm to Key West. One overlooked area of prosecution is the federal protection of Florida's irreplaceable reefs and wetlands. When was the last time you heard of the US Attorneys office bringing an ecological crimes case or investigating such crimes?

What about forfeitures? The government's avarice in grabbing money and land from citizens is reaching frightening new heights.

Do we want a US Attorney with a strong civil or criminal background?

Would a judge- any judge- bring a different perspective?  How about Judge Williams? The former federal PD- what kind of perspective would she bring?

And while we're on the subject, is it time for a change in State court?

First weekend of the new year brings the Fins in a road playoff game with a decimated secondary facing a high-powered passing offense. With a back-up QB, this could be a tough game. What does our 2016 NFL Survivor Pool champ Lucy Lew have to say? Maybe she'll give us a tip.

Enjoy the first of your 52 2017 weekends. For those of you in court this week- fear not. Statistics show that most New Year's resolutions are broken in January. In another week or two the gung-ho attitudes of Judges and ASAs should fade into the dreary workload they shoulder everyday.

Big snow dump on us here out in Tahoe. Lucky to have power. 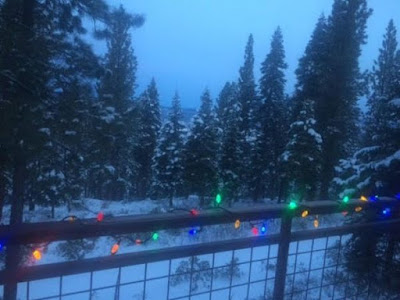 37 days until pitchers and catchers report for spring training (as Judge Hirsch would tell you).


Posted by Rumpole at 6:46 AM
Email ThisBlogThis!Share to TwitterShare to FacebookShare to Pinterest
Labels: US Attorney

Once again, Dom didn't scoop anyone. Trump made his pick and the person declined. You are giving Dom credit for giving half a story.

If you report who declined l, then I'll be impressed. It only takes a little bit of reading the news and paying attention to the election and local scene to figure it out.

Judge Williams also has been an AUSA


He's at it again. Trump's latest tweet this morning is on one of the most IMPT issues that will decide the future of this nation. Here it is:

"Wow, the ratings are in and Arnold Schwarzenegger got "swamped" (or destroyed) by comparison to the ratings machine, DJT. So much for....
being a movie star-and that was season 1 compared to season 14. Now compare him to my season 1. But who cares, he supported Kasich & Hillary"

You should fire the Captain and hire me said...

Five open Circuit Court seats in 2018 and there are already six filed candidates.