LEAGUE OF PROSECUTORS JUDICIAL ENDORSEMENTS ARE OUT 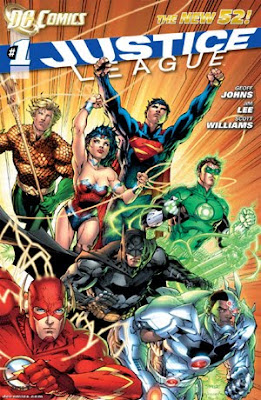 The LOP conducted a Judicial Forum this week and spent several hours questioning the candidates. The only candidate that did not show up, and did not call with a reason, was candidate Elena Tauler.Here are the Endorsements from the LOP:CIRCUIT COURTGroup 9 Judge Jason BlochGroup 34 Mark BlumsteinGroup 52 Carol "Jodie" BreeceGroup 66 Judge Robert LuckGroup 74 Judge George SarduyCOUNTY COURTGroup 5 Judge Fred SeraphinGroup 7 Judge Edward NewmanGroup 15 Linda LuceGroup 35 Judge Wendell GrahamWe understand that Rosy Aponte and Oscar Rodriguez Fonts also did not appear at the Forum. Ms. Aponte called in sick with a stomach virus and I do not recall what the reason was for Rodriguez Fonts not appearing, but he did call.CAPTAIN OUT .....Captain4Justice@gmail.com
Posted by Rumpole at 2:50 PM
Email ThisBlogThis!Share to TwitterShare to FacebookShare to Pinterest
Labels: judicial endorsements, League of prosecutors

from the NY Times:

Pfizer has blocked its drugs from being used in lethal injections, cutting off the last open-market source of such drugs.

The pharmaceutical giant Pfizer announced on Friday that it has imposed sweeping controls on the distribution of its products to ensure that none are used in lethal injections, a step that closes off the last remaining open-market source of drugs used in executions.

More than 20 American and European drug companies have already adopted such restrictions, citing either moral or business reasons. Nonetheless, the decision from one of the world’s leading pharmaceutical manufacturers is seen as a milestone.

League of Prosecutors is in no way comparable to the Justice League.
As much as many prosecutors and the public think, "Justice" does not equal "Guilty."

Oh, Hector must be so sad. Tsk Tsk. His puppet isn't doing so well against Jason.

Boy could I have predicted who they would pick.

I would rather see these thugs meet the grim reaper by hanging or firing squad anyway. Lethal drugs is too humane for these animals who are sentenced to death..

No,let them endorse the thief instead! It's like the person who wrote the comment is surprised and if they are surprised then they are STUPID.