Jason Mitchell is the second of several defendants to go to trial in the tragic murder of Sean Taylor. Opening statements are today, probably by ASA Marie Mato. The lead prosecutor is Reid Ruben, one of the very best to ever advocate for the state.

Rumpole says: We don't approve of this business of splitting up a case and having one lawyer do voir dire, then another opening, then the first lawyer closing. The jury should hear one consistent voice in a case.

Meanwhile, the trial of Officer "funny face" continues before Judge Tinkler-Mendez. Openings were Monday. The defense told the jury, "blood alcohol, schlub alcohol" it's all meaningless. Judge him by his actions of cavorting down the beach on and ATV, lights out, high speed, early morning, a babe on the back....wait...well there's always reasonable doubt. 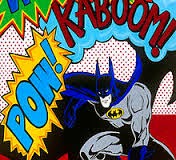 According to this report, Orlando Judge John Murphy smacked assistant public defender Andrew Weinstock. The two were arguing in the hallway over a speedy trial issue. Duh.

If ever there was a case for Alex Michaels.....

See you in court where we never use a trial partner.

001/bur/109371-STRRDMMIAbeach
Posted by Rumpole at 3:00 AM
Email ThisBlogThis!Share to TwitterShare to FacebookShare to Pinterest

Guy named Samuel Silva was found in Panama after running from an appeal bond on a DUI serious injury case 12 years ago. He ran on a $230,000.00 bond. The Feds found him and they too charged federal bond jumping.

Here we go again with the state filing after statute of limitations ran.

Maybe the Miami SAO needs a copy of the statute of limitations.

Fascinated by the fact that the people in the box (presumably other defendants waiting to get their paperwork after closing out at first appearance) all applaud for the judge on his return.

The PD was there, making less than minimum wage, refusing to waive speedy because the state filed late -- basically protecting all of our rights.

And yet it's the judge people naturally sympathize with. It's insightful in terms of voir dire. People see zealous defense attorneys as "annoying" and claiming Constitutional rights as "being non-cooperative".

The world we live in.

Well bond jumping, IMO, is a continuous crime. He is jumping bond everyday until caught.

Talk about shumie time. The judge Shumied the PD and the JQC is gonna Shumie the Judge right out on to the street. Soon he will be the one being asked to waive speedies. Serves him right.

I would vote guilty on officer funny face because of his goofy mug and cartoonishly large chin. oh and his non-defense defense....wtf

Three cheers for the PD.

the Trialmaster perfers trial by battle, rather than trial by jury.

Read the state bond jump statute. Not what you think it is.

I have a question. If the parents of a child, are getting into arguments where it ends up where the father is physically taking my daughter by the hair and dragging her down the hallway by it, baby awake in the living room while this is happening, and she's fighting to get him off of her. Then, trying to get to a phone that he keeps taking away for her to call the police, then finally me, out of town, calling my mom, her grandma and her sister also to go and get her, then the police being called by her grandmother while she's on the way to rescue my daughter, officer saying that he doesn't believe my daughter after showing the officer her hair that has been pulled out because the purpotrator (father) told the officer that my daughter was just crazy and not on her meds, then told him to leave then the officer left. Father then returned after officer left and gma and sister were helping my daughter get her things and baby 3 month old out of the house but he beat her, her sister and gma to point of needing medical assistance and destroyed the gmas vehicle, pinned my daughter between his truck and gma car got out a hammer to go after her sister and threw a large rock bigger than baby's head thru the windshield of the car that the infant, his own baby was in! How do you still think this father still has rights to his child after such acts of violence and this was not the first time and it was putting his child in danger???? Do you honestly believe that this man should still have rights to his child??? I THINK NOT AND I WILL PROTEST THIS TO THE HILT! PLEASE SOMEONE GIVE ME SOME REALLY GOOD ADVICE!?

What is what officer funny face is not saying right now.

OMG INK A DINK is like the best game ever ! We play it all the time.

The rules of Ink a Dink are some what In dispute. For instance is being "it" good or bad? And who starts first with the Ink?

Statistically speaking and accounting for dialect you are better off starting as the Ink with a win rate of 56%. And being IT is always bad. Loser.

Sorry prof but that study is from the late 1980s and is deeply flawed and has been criticized in many publications. The New Hampshire -Chartworth study is not good science.

Are you people mad? A judge bitch-slaps a lawyer in the hallway and all you can do is write about INK A DINK???

Jeanine, I don't understand. Can you explain further?

Ink a dink is a serious issue. Most ink a dink tragedies result from a failure to follow the rules.

Gotta disagree with you, Rumpole. If there ever was a case for Al Millian...

I'm sure the ASA on the chicken case will file on this in 10 years and in Dade.