Venezuelan President Hugo Chavez is dead.....however.....
Batman is alive and well in our beloved England: 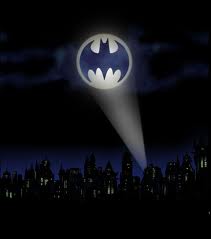 From the BBC:
West Yorkshire Police have released stills of the man dressed as Batman


A man dressed as the caped crusader Batman has handed over a wanted man at a Bradford police station before disappearing into the night.
Police said the costumed crime-fighter marched the 27-year-old man into Trafalgar House Police Station, in the early hours of 25 February.
The man was charged with handling stolen goods and fraud offences.
Police said: "The person who brought the man in was dressed in a full Batman outfit. His identity remains unknown."
Rumpole says:  Holy Yorkshire pudding, Batman.

Posted by Rumpole at 2:00 AM
Email ThisBlogThis!Share to TwitterShare to FacebookShare to Pinterest

Please leave Migna alone, she is a far better judge (and was as an attorney)than Milt ever was or will be. Look how many cases the Third District had to review because of him. Mark my words, it's not over with him. By the way, does anyone know what happened to the lawsuit his landlords filed against him for non payment of rent?

Oh yeah, she's a great judge. a real legal scholar. just like she was a real trial lawyer.

This is all public record.

8:36 : not a very compelling argument Migna is not the very worst judge in Miami because Milt is possibly worse than she

You are late with your news Rumpole. Batman's id has been unveiled:

The fact is that all of the judges of the 11th should disqualify themselves and Brown should be asking appointment of a judge from another Circuit to hear the case as a temporary 11th Circuit judge.

Spencer Eig has to be the worst Judge in Dade County, with Abby Cinnamon a close second. On second thought, she may be tied for first.

2:18 I am 8:36 what I was getting at was that Milt, not only as a judge, but as an attorney, is and was far worse than Migna (so I agree with you). Look what he put the Third DCA through. What a waste of time for the judges there.