NO RIGHT TO DNA TESTING 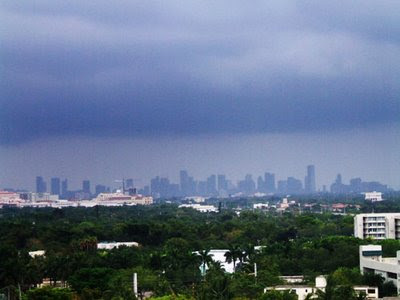 Update: Signs that the apocalypse is upon us:

2) Gloria Estefan is becoming a minority owner of the Dolphins.

Can the "Landshark-Sound Machine" Stadium naming ceremony be far away?

On with the show:

“No State shall . . . deprive any person of life, liberty, or

property, without due process of law.”*

In case you missed it, the US  Supreme Court ruled 5-4  last week that it doesn't matter  if you're innocent and in prison- a prisoner has no constitutional right to a DNA test of the evdience.   CJ Roberts (motto: "calling those balls and strikes as he sees em" ) wrote for the majority and Justice Stevens wrote a dissent.   The Osborne decision is here.
CJ  Roberts believes that certain state interests trump the "right" (if there is one) to be released from prison when wrongfully convicted:
Roberts wrote:

The  dilemma is how to harness DNA’s power to prove innocence without unnecessarily overthrowing the established  system of criminal justice.

the "power to prove innocence" balanced against "unnecessarily overthrowing the established system of criminal justice."

Which side of the "dilemma" did Roberts come down on? The "established system of criminal justice" of course. Statists side with the State. It's what they do.

Lord forbid Roberts should  find that the overwhelming power to prove innocence was such a revolution in technology that it called for a "new system of criminal justice." A system which removed the propensity for error inherent in such unreliable evdience like eyewitness testimony.

Want more? You got it. Roberts admits that actual innocence may not entitle a convicted prisoner to relief. Huh? You read that right:

As a fallback, Osborne also obliquely relies on an asserted federal constitutional right to be released upon proof of “actual innocence.”  Whether such a federal right

exists is an open question.  We have struggled with it over  the years, in some cases assuming, arguendo, that it exists while also noting the difficult questions such a right would

pose and the high standard any claimant would have to meet. (emphasis added.)

In Roberts' world the trivial question of an innocent man or woman spending their life in prison pales before the important statist interest in keeping the gulag running smoothly. Call him a statist, call him and Scalia and Alito advocates for state's rights, but don't call them conservatives. They sacrifice the individual at the alter of the state just as readily as any marxist, they just couch their reasoning a bit differently.

Space does not permit it here, but you must read section II of Alito's concurrence, in which he essentially argues that new STR DNA testing is so sophisticated and accurate, that the sensitivities surrounding the accuracy make it.....unreliable.  Yes, Alito  somehow has written himself into a corner by arguing that the DNA test the Petitioner sought was so technologically sophisticated and thus so sensitive to contamination, as to make the results proof of nothing.

That's the best we can explain his views. As to why he has those views, one must wonder how hard he recently hit his head?

Stevens in dissent writes powerfully, simply and logically that nothing is lost and everything gained by letting a convicted prisoner pay for STR DNA analysis of crime scene evidence:

The State of Alaska possesses physical evidence that, if tested, will conclusively establish whether respondent William Osborne committed rape and attempted murder.

If he did, justice has been served by his conviction and sentence. If not, Osborne has needlessly spent decades behind bars while the true culprit has not been brought to

justice. The DNA test Osborne seeks is a simple one, its cost modest, and its results uniquely precise.  Yet for reasons the State has been unable or unwilling to articu­

late, it refuses to allow Osborne to test the evidence at his own expense and to thereby ascertain the truth once and for all.

And although this is a lengthy post, we cannot omit Stevens' reply to Alito's concurrence in  FN 7 of his dissent:

JUSTICE ALITO provides a detailed discussion of dangers such as

oratory contamination and evidence tampering that may reduce the

reliability not only of DNA evidence, but of any type of physical forensic

evidence. Ante, at 3–10 (concurring opinion).  While no form of testing

is error proof in every case, the degree to which DNA evidence has

become a foundational tool of law enforcement and prosecution is

indicative of the general reliability and probative power of such testing.

refusing such testing altogether—were it so, such evidence should be

banned at trial no less than in postconviction proceedings.  More

reason to doubt that if STR and mtDNA testing yielded exculpatory

results in this case, Osborne’s innocence would be established.

There you have it. To 5 Justices on the Supreme Court, the criminal justice system has more important concerns than "actual innocence."

See you in court, actually fighting for actually innocent people.

Posted by Rumpole at 6:06 AM
Email ThisBlogThis!Share to TwitterShare to FacebookShare to Pinterest

Love will see you through.

You have got to be kidding me. The supreme court says they don't really care about innocent people in prison, and NO ONE who reads this blog finds this a problem???

as usual rump your cries of skies falling is so exaggerated that it casts you as have zero credibility on everything. given the context of this case, which was not based upon an actual request for evidence during the course of the criminal trial, but instead a 1983 case filed years later, on the bullshit argument that the lawyer was ineffective for asking for sophisticated dna testing that was not regularly used, it is not surprising that an absolute right was not recognized. likely the outcome would have been different had the issues been raised as part of the case. but the point of the majority seems to be that we cannot mandate a retrial in every case that was ever tried where new dna may be found. reasonable people can disagree of course. but the hysteria is over the top.

Just maybe the State of Alaska--under the brilliant leadership of Governor Palin--will pass a retroactive DNA-testing statute to cover incarcerated guys like the one who lost out before the Supremes.

So, innocent until "proven" guilty. Then, "guilty" even if might be proven innocent.

Why not just do away with the appellate system altogether? Let the state get as many shots at a conviction as it needs. Once defendant is found guilty we can all go home. That would help preserve the established system of criminal justice.

We have our share of textualists on the Court. Do we need to appoint punctuationalists too?

Its form over substance. The law
is not always just. Roberts et al
are great lawyers not great people. There is a big difference.

12:10- as usual pea brain- you ignore the fact that the supreme Court took what could have been a small issue on the statutory construction of an Alaska statute and turned it into a wide ranging discussion of things like whether or not there is a due process right to not be imprisoned when wrongfully convicted of a crime one did not commit.

Since Roberts wrote rather forcefully against the conclusion that there is such a right, he is setting the stage for Circuit Courts in places like...hmmm. Texas to hold that although the individual was wrongfully convicted, the preservation of the system of criminal law balanced against the individuals interest in not being wrongfully imprisoned means that the decision must come down in favor of the state and against the innocent person in prison.

But being a pea brain, you can't see that can you?

now BABIES reasonable and even unreasonable people can differ. Don't resort to name calling. IT doesn't make your argument any more valid.

I love the fact that Rumpole lectures people on signing their name....

Between that and "Federal Judge Adrien" - I don't know when the laughing will stop!!!!!!

The Osborne decision is horrible and will not stand the test of time! How can those 5 sleep at night with all the bad karma coming their way? We've got to "Get Up- Stand Up-Don't Give Up the Fight! Soldier on!

Rump did you take that picture?

You are right to be outraged, Rumps. Somewhere, Voltaire and his ten guilty men are rolling in their graves.

you prove my point. your response to a contrary view that criticizes you of exaggerating the impact of that case, is to exaggerate yet again by name calling. you have zero credibility. and if i were name calling, it would be something like state court hack, don't worry about things that are far over your head. just work on making that sounding on time. but alas others have already called you a hack so i have no other names i want to call you. no need to really.

that photo was taken from Phil's office on Coral Way. Jackie must be Rumpole.

You're better than calling someone a pea-brain. Although sharply-worded, his/ her response made legitimate arguments. No need for name-calling.

Again, you (plural) are better than that.

While a lot of DNA contains information for a certain function, there is some called junk DNA, which is currently used for human identification. At some special locations in the junk DNA, predictable inheritance patterns were found to be useful in determining biological relationships.DNA Test Baby