Once again DNA evidence exonerates an innocent individual, in prison since 1993. But the case of Lynn DeJac and her wrongful conviction for murdering her 13 year old daughter 14 years ago has a different twist.

Last year DNA evidence that implicated another individual led to a court granting DeJac’s motion for a new trial and her release. State prosecutors in Buffalo New York, announced their intention to retry DeJac (Citing to the prosecutor’s code of evidence, section 11(b): “DNA evidence is only for the prosecution. When it exonerates a defendant, there must be another explanation for this ‘junk science’.)

However, the twist came when Dr. Michael Baden, former Chief ME for New York City reexamined the autopsy and found that no one killed the young girl: she died from a drug overdose. The prosecution’s original theory of the case was that despite the lack of physical evidence on the body, the girl was strangled.

What caught our eye (as DNA exonerations of convicted defendants are becoming so common place) was this quote from Dr. Baden:
As Dr. Baden put it: “The apology should really come from forensic science. Medical examiners also make mistakes. It should be a wake-up call for defense attorneys to have their own experts examine the evidence.”

Perhaps our robed readers might remember that quote the next time a defense attorney is in court seeking funds for an expert to review the findings of an ME in Miami.

All that glitters is not gold- and all that our ME’s say happened, might just not be so.

The NY Times article is HERE

See you in Court, where we rarely trust anything an expert opines on. 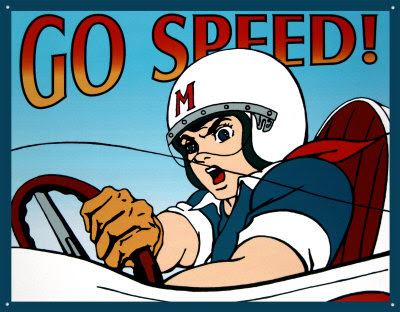 PS. Speaking of exoneration, Judge Ana (Speed Racer) Gardiner of North Of the Border and reckless Mercedes driving fame, has been cleared of leaving the scene of an accident. Apparently there is an exception to the Florida Statutes, if you are a Judge, and after you drive away from an accident an angel appears on your shoulder and says "hey, stupid- you're committing a crime" and you quickly return to the scene.
The Herald Article is HERE
Posted by Rumpole at 8:54 PM
Email ThisBlogThis!Share to TwitterShare to FacebookShare to Pinterest
Labels: Exonerated by DNA., Judge Ana Gardiner

Now. On with the show!

This story deserves top billing. It drips with irony(literally)and I can't believe no one has mentioned what happened on the eighth floor in Broward yet. Or shall I say, leaked it to the press. How this was covered up still is a mystery to me.

A young family of four goes to court (family court is never mentioned there) for a status check and one year anniversary of what had been an excellent year with a judge who shall remain nameless.

Mom carries in a beautiful infant boy, dressed in Giant's Championship pajamas. Dad clutches his five year old daughter's hand and they walk into chambers ever so happy. Baby, Mommy, Daddy, and Daughter. Dead ringer for a Rockwell painting with a Judge.

The Judge greets them with hugs and grins all around before all are seated. She asks them how everything is. Sissy, the five year old, dressed in her Sunday's best, stands up and promptly boasts of how great her Mommy and Daddy get along. Daddy even stopped drinking. So had Mommy. One year of sobriety. The baby laughed.

Then, A pool of of urine, water, asbestos, and sh*t fell on top of them.

why would that prosecutor do the right thing and release dejac knowing that an admission of making a mistake would reflect poorly on the office. Best to keep the innocent lady on jail and save face. That way everyone is a winner. Surely the lady who list her daughter to drugs and her own liberty to a botched investigation won't mind sacrificing whats left of her life so that the state doesn't look bad. See, everyone is a winner here. That's why America is great.

The business about prosecutors allegedly believing that DNA is only for the prosecution is unfair. Plenty of prosecutors realize the value of DNA in exonerating innocents. When Gilfarb was at the SAO, he ran the SAO Justice Project. EVERYONE recognized what a fair and reasonable job he did.

You bitch and moan about the need to treat people as individuals, but you always paint prosecutors and cops with a negative and broad brush. It's not cool. The least you can do is give them the same respect you give the murderers and child molesters you defend.

leave ana alone. she is a fox and has always been fair with me.