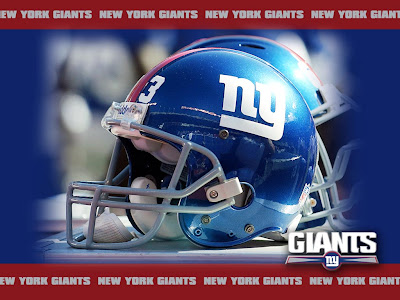 BLOGGING LIVE DURING THE GAME
NO MODERATION(BEHAVE)

OK- the easy stuff first: The Over is 54 and we like it. The Cheaters have won most of their games this year by more than 12 points. Plus the evil genius Belichich often holds something back in meaningless regular season games against teams he could meet in the playoffs, so the Cheaters 3 point win over the Gints in the last regular season game is meaningless in our opinion. If you want to play the favorite, the move here is to put your lunch money on the Cheaters. They should win.


But if you want to live a little, read on dear readers.


For the professional gamblers : the opening line was NE -14 and the move was to take the Giants +14 and then the Cheaters -12 today, hoping for “a middle”. A middle would be where the Cheaters would win by 13, giving you a win on both your bets and wrecking your bookie.


There is one famous example of a middle wrecking bookies in a super bowl to the extent that small Vegas casinos needed help in paying off their bets. We think it was the first Steelers/Cowboys super bowl where the Steelers won 21-17 and the pros took the Boys+4 1/2 early and the Steelers -3 late. Anyway, if you took the Giants +14 early in the week, you might want to put a few NE clams on the cheaters -12 and hope for the middle and a new Lexus.

If you want to live dangerously: if you want to play out on the edge of the envelope; if you like putting everything onto one roll of the dice, then this is for you:


We like the money line with the Giants paying 320 to win for every 100 bet, no points involved.

That’s right- we’re living dangerously today and betting with our heart and not our head, and picking the boys from Jersey to put some Thunder Road on the cheaters, “because baby we were born to run.” We have it on good authority that the Giants defense has been playing Springsteen’s new song “your own worst enemy has come to town” and they are psyched sky high to lay a Jersey blue collar whopping on pretty boy Brady and punk him right in front of his supermodel babe.

Here are our thoughts:


Now that being said, give these cheaters their props- they know how to win. They are superbly coached by an evil genius who has no regard for the rules. They are hungry to complete the perfect season, and all the pressure is on them.

If they win, it is because they are the favorites.


Ahh, but if they lose. The biggest choke of all time. The greatest upset in super bowl history since Joe Willie trotted on to the field of our home town Orange Bowl and with the help of Don Maynard, Matt Snell and a little help from back-up QB BabeParilli, beat Don Shula’s Colts 16-7 (we had the under.)

The measure of these cheaters will not be if they blow out the Giants 45-10. No the real measure will be if they are tied 35-35 and the Giants are on a drive with about a minute left in the game. The real measure of this team will be can they stand up to the pressure of history as the sun sets in Arizona and the game and the perfect season is on the line? (sorry Captain, but you are wrong mon ami- the stadium has a retractable roof which will be open for the game).


By all rights the cheaters should complete the perfect season. But that’s why they play the game, and one tough defense and a bunch of guys who think they can win are standing in the way of Belichick, Brady and Moss.

PS- want Rumpole's expert opinion on the super bowl as it unfolds? Turn your TV on; put your laptop in your lap and blog live while it all happens, or until we drink too much.

Posted by Rumpole at 9:36 AM
Email ThisBlogThis!Share to TwitterShare to FacebookShare to Pinterest
Labels: Super Bowl

Tomorrow on the blog- Judge Butchko- the good, the bad, the comments.

Re: Rodriguez and the reversal. It's not that she got reversed that makes her a bad judge. All judges get reversed sooner or later. It's that she got reversed for her "diatribe" (the Third's word, not mine) and for her bias. Every time I've wandered into that courtroom, she's screaming at someone or making faces. She's an embarrassment.

Rumpole, you forgot to add, "and does she give a crap?"

Ok, Rumpy, I'm betting my next 3 mortgage payments on the money line for the Giants. If I'm wrong, can I work part-time for you so that my wife doesn't find out?

I am writing this e-mail from the computer in the law library at South Bay C.I. Believe it or not, this is the first chance that I've had to post on your blog since football season began due to a series of D.R.s based on my alleged involvement in an in-prison gambling ring, but my attorney David Alschuler was finally able to get everything straightened out so that I have access to the internet again. I will fill you in on the details in when I finish my sentence right in time for the 2008 football season in which my Buffalo Bills will make their big push for respectability again.

At any rate, here is the Booger's Pick for the Super Bowl (for entertainment purposes only)--Patriots in the biggest blowout in Super Bowl history. Look at the facts here--the Giant are a wildcard team that has played sub-standard competition in the playoffs and have just about used up their magic beans at this point. Eli Manning is an overrated quarterback whose numbers are almost identical to those of the much-maligned Rex Grossman last year. The Patriots are a juggernaut that is about due to play at a high championship level. This game looks like the 86 Bears/Patriots or 90 49ers/Broncos matchup and, like those games, will not even be close. Good luck Rumpole.

Why are the Giants referred to as the New York FOOTBALL Giants? Everyone knows that the N.Y. Giants are a football team. Someone please explain this to me!

I cannot believe this blog is focusing on Judge Butchko. Let em remind you that judges like "Camacho" Adrien are still wearing the black robe.

Butchko made the State nolle prosse an att murder I had after just 2 state continuances.

The fix was in.

The Giants should have taken a shot with Plexico in the end zone when they crossed the 50. Open up the game and put the thought of the bomb in the cheaters' minds.

They just did that from the 20 and with the smaller field the SS can play tighter and there is less room for Plex to get open.

I should be the offensive coordinator.

And shame on the Giants D if they're not prepared for Brady to start the game off with a bomb.

There is a great Masterpiece Theatre murder mystery in the English Countryside starting in a few minutes.

under looks nice right about now.

The san francisco giants used to be in new york

I have done the calculations and I am concerned that the over pick is not looking too good right now. Please advise.

Is that zzzzzzz towards the game or Tom Petty?

oh rumpy, I am so hot after seeing tom petty, I love guitars. I need a slide trombone. thank god for long halftimes and vibrators.

Ahh...hmmmm...The super bowl. And ahh...(chomp) the Giants are ahh..(smack) doing Ok and going for it on 4th down seems a (chomp smack) a bit strange. I might need a continuance after all of this.

The Cheaters are off their rhythm. The Giants need to score. NOW.

Screw this boring game - There's ice skating on ESPN and the World Strongest Man on the Deuce.

What's this about Jeri Beth Cohen being challenged by some lawyer named Cuellar??? It's not on the state elections website. Is it true? Is this the revenge of los cubanos after all these years??

oh rumpy, are the giants r eally giant? i want you rumpy. I am so hot. after the game I am going to need a man.

How could he fall on the biggest play of his life?

Very simply Eli is 2 minutes and 45 seconds from eternal glory.

how can you single cover the best receiver in the NFL on the biggest defensive play of the year??

PS----Brady is nothing special when Moss isn't on (ie. is hurt).

This masterpiece theatre is great! It's a shame so few Americans have the class and intellect to enjoy it...

10 seconds and the season is over for the CHEATERS.

And still the only undefeated team in the Super Bowl era. Order has been restored to the universe!

PS---can't believe they lost to a team as mediocre as the Giants. I LOVE THAT. Especially after Brady talked about how they were gonna score 30+. HAHAHAHAHA.

THE 72 DOLPHINS JUST CAUSED AN EARTHQUAKE WHEY THEY ALL SIMULTANEOUSLY CRACKED THOSE CHAMPAGNE BOTTLES.

Eli Manning will win the MVP, but the entire Giant defense deserves it - especially that front four.

Bad Judge, Bad Judge, whatcha gonna do when I come for you!

You been hiding on the Bench, breaking all rules and giving to your friends, but whatcha gonna do when I come for you!

Bad Judge, Bad Judge the next election is here and you will be gone too.

PS Not with KFR since she is a crook, with the Feds Bad Judge.

Uh oh, Rumpole you have given one more hint into your past. Only Ohio State graduates call Michigan players "weasels". Hmmmm, time to start looking at Buckeyes like Richie Dunberg, Nate Diamond, and others.