CLOSING ARGUMENTS AND THE TIPSY COACHMAN

SAY IT AIN’T SO JOE:

Anonymous said...
Brummer leaving so Carlos Martinez can take over? Doesn't that merit an article, Rump??


Rumpole wonders: Can this be true?


From our friends at the BBC
comes this news of a French Riviera Playboy convicted of killing
his girlfriend 30 years after she vanished. What caught our eye was this from the prosecution:

"Branded a "solitary, villainous, lying vulture" by prosecutors, Agnelet was sentenced to 20 years in jail. "


Somehow, we see that as going beyond what the 3rd DCA would tolerate.


Our favourite federal blog (the link is at the top) has minute by minute coverage of the unfolding federal first degree murder drama downtown. The “Joe Cool” murder case occurred on the high seas, so the Feds get a rare murder case.

No bodies. No murder weapons. No confessions. And the clock is tick tick ticking on the ten days to get an indictment. It is often said a prosecutor can indict a ham sandwich. Can they indict four defendants in a purely circumstantial case in which there are a myriad of reasonable hypotheses of innocence? We shall see. Stay tuned to the Federal Blog.


Broward’s been awful quiet lately, after a spring and summer of fun. Must be the Xanax at the judicial coffee bar.


WHO GETS CLOSE CLOSE?

This is a case you gotta read.

Longtime and careful readers of the blog know our distaste for reading case law. It ranks right up there with being stuck with the bar tab. It is something to be avoided at all costs.

And yet, some enterprising appellate lawyer challenged the applicability of Florida Statute 918.19, which we like to call the “We can’t win cases, please help” statute in which the Florida Legislature (“we’re gonna get that reasonable doubt crap thrown out next”) repealed that portion of rule 3.250 of the Florida Rules Of Criminal Procedure that allowed the defense to make the first and last closing statement in cases where the defense did not enter any evidence at trial.

Lacking the imagination and ability of …..well….there’s no easy way to say this…..good trial lawyers, the prosecution cried and howled and basically threw themselves on the floor and held their breath and turned purple until the Legislature changed the rules more to their liking. Now the prosecution always gets the last word, and they still can’t figure out why they are losing cases.

Anyway, the First District held that while the Legislature has the power to repeal a rule of criminal procedure, it does not have the power to enact a rule of criminal procedure. Thus with rule 3.250 properly repealed, but Florida Statute 918.19 improperly enacted, and the application of the “Tipsy coachman” doctrine (we’re not making that up) common law applies to closing arguments. The common law in Florida is that the babies…the prosecutors… get to have the last word, lest they take their ball and leave and go home.

Any case that deals with criminal law AND the “Tipsy Coachman” doctrine is worth reading.


More Football this weekend. The suicide pool is down to Rumpole and Clay Kaieser, Miguel De La Over having fallen by the wayside with a pick of the Pack last week.

It I was you, I would stay away from our football picks until we find our mojo. We had our first losing week this season last week, and we just aren’t seeing what we used to see. However, with the big Cowboys-Cheaters game set for this weekend, we promise to give you the lock solid winner of that game.

See You In Court, with one closing argument, and doing just fine thank you.

PS: The “tipsy coachman” doctrine allows an appellate court to affirm a trial court that 'reaches the right result, but for the wrong reasons so long as “there is any basis that would support the judgment in the record.” 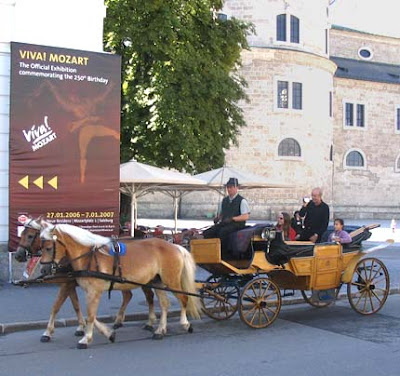 Posted by Rumpole at 6:10 AM
Email ThisBlogThis!Share to TwitterShare to FacebookShare to Pinterest

Jeez! Stop crying about that closing argument crap. I never got closing in any Federal trial + still won more than a few.

I'm going to sleep. But I do not whine. I pontificate, sometimes I prevaricate. I poke and prod and expound upon all sorts of subjects I know nothing about. But I do not...and I have not...and I will not ever whine. I get enough of that from those distinguished lawyers accros the aisle.

For all of you Jackie Scola fans, you'll be interested in knowing that she recently sat on the 4th DCA.

One opinion issued this week finds Judge Scola in the news.

In a decision that could change the way future tobacco liability suits are brought in Florida, the 4th District Court of Appeal affirmed a Broward Circuit Court jury’s award of $500,000 against Liggett Group but certified an additional question for the Florida Supreme Court to decide.

Joining the 4th DCA panel as an associate judge, Miami-Dade Circuit Judge Jacqueline Hogan Scola wrote that Broward Circuit Judge David Krathen erred when he allowed a jury to consider a claim that Liggett was negligent in continuing the manufacture of cigarettes.

Also, according to the 4th DCA, another Dade Circuit Judge is sitting on the appellate panel this week: Judge Emas.

Rump. I am proud to announce that the FACDL has achieved many accomplishments that you and your readers may not be aware of.

After many hard months of work, we are proud to announce that the candy machines on the 4,5,and 6th floors will now carry the FULL LINE of wonderful MARS products. Whereas before the machines only had Peanut M&M's for example, your readers will now be able to enjoy plain M&M's, and coming in a few weeks- you guessed it- Dark Chocolate M&M's. Whereas before there were just chips, there are now 2 different brands of Doritos- regular and COOL RANCH!!!

Your readers can now stop and enjoy a refreshing Pepsi Beverage, for the chunky ones among you, that includes Diet Pepsi.

In summary, your FACDL is hard at work on the quality of life issues that make our day and your day much more enjoyable in the Justice Building.

How is it that Rumpole's origianl post here shows a time stamp of Friday morning at 6:10 AM, but there are 3 comments to this post that occurred hours before that??

Oh! a careful reader. The short answer is that I wrote the post last night and put it up but I edited it this morning. The longer answer is that I am obsessive compulsive and I could not stand the post I wrote and put up thursday for readers on Friday, to say "Thursday" so I edited it on Friday and re-posted it so it would say Friday, all day today.

Rick, don't forget that single ply is out and the FACDL has demanded and received 2 ply tissues in the 6th floor bathroom. It's just a test run [oh thats funny] but with your donations made payable to the FACDL we can lobby to have all bathrooms at the REGB stocked with 2 ply tissues.

Best off all we have negotiated a deal where at least 2 times a year the bathroom on the ground level will be cleaned. Talk about pulling teeth.

Vanilla is 5-0 and still no props from Rumpy? Step up.

This week: After last week's Monday nite miracle, the Vanillas re-focus at home and end any 16-0 dreams of the Pats just like we did to the Colts last year in Big D.

I too do not want to hear any more moaning and groaning about close/close.

Big deal. So what. Move on.

I wonder if Jackie told bailiff at the 4th DCA to not come to oral argument with firearms?

You think that is bad, read this weeks FLW.

Judge Adrien allowed a guy to be convicted of robbery when the only ID was pure hearsay.

What, Rumpole/Fingerhut, no plausible denials today?

Seven former boot camp guards and a nurse were acquitted today of manslaughter in the death of a 14-year-old boy who was hit and kicked by the drill instructors in a videotaped altercation.

Bring back sleepy Brummy before he leaves. Pleeeeeze!!

3:28 Kudos to Ms. Nesmith who predicted an acquittal. Also kudos to the defense attorneys in the case in the Panhandle.

As to you 3:28 PM., longtime and careful readers of the blog have known for sometime that I do not engage in denials of any kind- plausible, or Rivers in Egypt, when my dear readers aver who they think Rumpole is or is not.

They beat that kid to death.

When will those crackers up state learn.

Brummer has been asleep at the helm for at least the past 8 years.
Hopefully, he will finally pass the
reigns to Carlos and be done.

Question is what will it take to get Clinton Pitts, Larry Handfield or Rod Vereen to run for Public Defender.

This community needs a powerful black trial lawyer as the head Public Defender, not another administrative hack who doesn't know what is going on in the pits.

65% of the PD clients are poor blacks. Will someone please step
up to the plate, please.

sleepy Brummy is not leaving. The rumors are not true. I say four more years.

KFR, Farina and Sleepy Brummy Miami's real superheros will be back for another term. Flying higher than a tall building, denying motions faster than our Rumpy can put up a new set of moderated comments.

KFR, Farina & Sleepy shall return to fight crime and defend the poor and deliver justice.

Brought to you by the ass kissers of America. When your personality won't get you promoted, try kissing your bosses ass. Copyright 2007.

And which one of those is poor?

Pitts is past retirement age, Handfield is busy putting gold rims on his Mercedes, Vereen has never been from the 'administrators' - which you need to run a 200 lawyer office.

RACE is NOT the issue.

Who has the talent + desire to make that office work??

rumpole kudos to the defense attorneys in martin lee anderson? fer chrisakes have the incompetants on the bench in dade county couldda won that case before they got appointed/elected to the bench. in the panhandle the jurors probably would have been more upset if a lizard had gotten killed instead of a young black man. the prosecution had no chance at all.

larry handlfield for PD? that would be like a 80 percent pay cut for the guy