It was an interesting day yesterday perusing the appellate decisions from the 3rd DCA (Motto: "Give us a really tough case, and we'll give you a per curiam Affirmed." )

In Brown v. State, HERE the Judges applied some legal yoga to arrive at the conclusion that a new indictment obtained AFTER THE EXPIRATION OF THE SPEEDY TRIAL TIME PERIOD, did not bar the prosecution of the Defendant.

As a professor from our law school up North used to say, “That dog won’t hunt.” 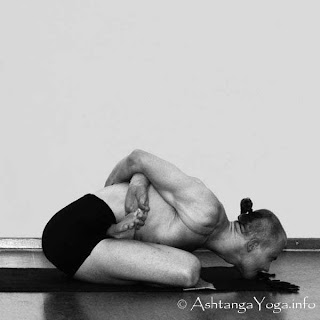 Candid shot of how the 3rd DCA sometimes works.

However, all was not lost for the appellate team from the PD’s office. The defendant was convicted of a triple murder before Judge Scott Silverman, and the 3rd DCA found problems with the murder instructions for two of the three counts of murder. So Mr. Brown goes to state prison for life with only one murder on his rap sheet. Happy day. We guess the thought that an improperly instructed jury on TWO murder counts might not have been the fairest panel to decide the entire case never crossed the minds of the Judges.

In Barnes v. State, Andy Stanton of the PD’s appellate division notches a reversal HERE and Judge Trawick takes the fall for instructing the jury on the “forcible felony” portion of the justifiable use of deadly force instruction when the “forcible felony” provision was not applicable to the case.
Barnes and the State get to do it all again. "This case was so nice, we decided to try it twice!"
Actually this was a tough one. The point of law was a technical issue not often encountered unless you try a lot of self defense cases. No real fault should be ascribed here to the prosecution or Judge Trawick, who we think is a very good judge who does a good job all the time.

And while you’re on the 3rd DCA’s web site, check out Silvia Gonzalez’s nice win HERE
in Labrador v. State. No Silvia was not defending a cute puppy.

Most of you know that appellate law gives us a rash.
See You In Court. We're the one's scratching as we read the FLW's.
Posted by Rumpole at 7:11 AM
Email ThisBlogThis!Share to TwitterShare to FacebookShare to Pinterest

rump, was the law school u men tioned boston university by chance?

I have admitted to certain facts and only certain facts. I am a male. I am a defense attorney. I went to law school in the North east. Thats it. Be it Harvahd, or Suffolk Law School, or BU is for you to find out.

Please note who wrote the dissenting opinion on the victory by Silvia.

Rumpole, you should post about Third DCA releases more often.

verdict in the padilla case is to be read at 2pm

over and out
NOT the Captain

i know that accent anywhere!! bahstan it is!!!

Do you find fault with the #DCA's opinion regarding the Speedy trial issue, because you looked up the cases cited as authority and find the analysis flawed or are you just pissed that a murder conviction was affirmed?

Lets get real--appellate work is mostly all by the numbers, anyone with half a brain can do it given enough time. Real lawyers try cases to juries. Period.

i cant for the life of me understand what warren schwartz thinks i posted on this blog about him to warrant him getting in my face (well almost in my face, anyway).

warren, you're probably the last person i would post anything about because, well, you're not that interesting.

Warren, what'd you do?

Warren's never liked the blog, it exposes too much for his liking.

Don't tell me that the only real lawyers are those who conduct trials before juries. I have tried cases and argued appeals and the latter is much harder.

Whats a matter Rump, couldn't get into FLORIDA ???

Does anyone think a DCA is going to cut a break for a murderer?

I can see why they did what they did.

Why the hell did the super experienced ASA from major crimes not know how to draft an indictment for murder 1?