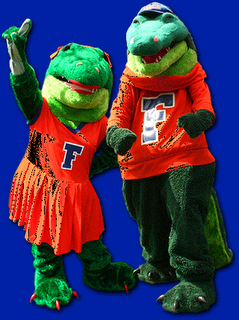 From a Canes Fan:

AHEM....check out the post on 1/5/07. Who told you to take a money line anf forgo the points because the Gators would win outright? Ol' Rumpole, that's who!
Posted by Rumpole at 7:10 AM
Email ThisBlogThis!Share to TwitterShare to FacebookShare to Pinterest

Rump, is it true that none of the players on the Gator football team have ever tried a murder case?

What the hell does Jimmy Ryce have to do with the Gators winning the National Championship?

rump thanks for the florida money line pick. might not have done it without your advice and made some nice cash

Oh now you care about us...

Here we go again, Bennett H. Brummer is quoted in the television version of this report as stopping the defense of Mr. Chavez. (Not that we agree with Mr. Chavez or like what he did.) By doing this, Brummer once again showed how he will do anything he can to stay the Public Defender. The Ethics Commission and KFR should investigate this allegations and put him behind bars for interfering with a Criminal Investigation. KFR, it is on you to do the right thing and put this turd in a small jail cell where he belongs. While you are there, check Carlos Martinez as well as he must be the brains in the cover-up. I feel bad for the poor Assistant Public Defenders who were forced to not represent Mr. Chavez as they could. Shame on you Brummer. I wonder to how many other defendants you have done this to in the past.

MIAMI (WSVN) -- After sitting on death row for nine years, a convicted killer has now turned to accusing his defense lawyers of incompetence in order to get a new trial. Juan Carlos Chavez has already exhausted all of his direct appeals for the kidnapping, rape and murder of Jimmy Ryce.

The evidentiary hearing for Chavez is scheduled for 9 a.m. Tuesday. Today's hearing permits the defendant to raise and prove legal issues concerning the competency of his trial counsel.

In 1998, a jury found Chavez guilty in abduction, assault and killing of 9-year-old Ryce. Ryce's family is furious and wants justice after the prolonged years of appeals trials. "It's just not fair," said Ryce's mother Claudine. "It's not fair for Jimmy, it's not justice for Jimmy. I'm beginning to wonder if there's ever going to be justice for Jimmy: that someone will pay with their life, for taking his. He has never expressed in the courtroom or anywhere that he's sorry for what he did. He's only sorry he got caught, I think."

Ryce was abducted in September of 1995. His body was found dismembered three months later.

word is that Rumpole may have blown it- he sent an email with the gator logo on the blog today to several of his friends under his real name.

SO JONATHAN BLECHER- CARE TO CONFESS NOW, OR DO I HAVE TO POST THE EMAIL.

YOU SEE, IT WAS ALL A MATTER OF TIME BEFORE YOU SLIPPED UP RUMPY/BLECH

if art koch pulled punches during the trial because his boss told him to do so- he should turn in his bar card.

Or his mental health card

Ask Andy Stanton why he was pulled off the Chavez appeal and it was farmed out to a private appeals lawyer......

Normally BHB will force his office
to conflict on the tough cases.

It was surprising that he even let
them stay on the case in the first
place.

rumpole
are you the lawyer doing the rule 3 against brummer??

check out brummer's beard in this interview-

Cute logo, if you want to use it just click on it, right click “copy”, then paste it on any document you like. Anyone can do it

WHAT IS A PD WORTH?

A JUDGE IN COLORADO ALONG WITH TW0 ECONOMISTS DID A STUDY

ONLY ON YOUR FAVOURITE BLOG

unless ofcourse were talking about warren schwartz who normally handles 1 case a year at 125k per year. Give him an average case load of 500- were talking over 50 million dollars a year.

Or read the New York Times and already have read Rumpole's "exclusive."

BHB is a no good fake. Makes me remember what Gabe Martin and Lonnie Richardson used to chant during the campaign:

"We need a Public Defender, not a Public Pretender!"

Accoding to the Chavez case, you also must be willing to turn on your client and lie. Ooops. Brummer already filled that position.

I found the story from a real news source. Poor Brummer. Looks like he is in trouble!

Attorneys who prepared the case of a death row inmate convicted of murdering 9-year-old Jimmy Ryce testified Tuesday the defense could not agree on a strategy and was hampered by a public defender worried about being re-elected.

Juan Carlos Chavez is seeking a new trial, claiming ineffective counsel and errors hindered his first trial. His current attorney, Bob Norgard, has also argued that Chavez did not understand the U.S. legal system when he confessed and, therefore, the confession should be thrown out, along with any evidence police obtained because of information Chavez told them.

Among his claims Tuesday: Public Defender Bennett Brummer would not allow his assistants to fully investigate or argue the case because he did not want to be perceived as helping Chavez.

Brummer has denied Koch's allegations. He was scheduled to testify Wednesday, along with two additional assistant public defenders who worked on Chavez's case.

Assistant Public Defender Stephen Harper, who left Chavez's defense before the 1998 trial in Orlando, said in his testimony Tuesday that Brummer never interfered. Instead, he said Koch and other public defenders working the case could not agree on a strategy for the penalty phase of the trial.

In turn, Koch accused Harper of lying and claimed he and another public defender were willing to let Chavez commit perjury to try to save him from the death penalty.

"There's going to be a lot of finger-pointing among all the attorneys," Norgard said during a break in the hearing.

Chavez confessed to killing Jimmy, who was kidnapped at gunpoint and raped after getting off his school bus near his family's home in a rural area of Miami in September 1995. That prompted a state law bearing Jimmy's name that keeps sexual predators in custody even after they have finished their prison sentences if they are still considered a danger.

Jimmy's mother also attended the hearing, sitting only a few feet from Chavez.

"This is harder than I thought it would be," Claudine Ryce said during a break. "It's almost unbearable being this close to him. I see him, and he's such a big man, and Jimmy was so little."

"I'm here today because Jimmy had rights, too," she said. "He had a right to live, the right to grow up unmolested. I don't want people to forget that this is about Jimmy."

Chavez 3.850. The attorneys who handled the case were given an award, they were ostracized for defending him too aggressively including I believe trips to
Cuba to interview family. Now he accuses his lawyers of ineffective assistance because its his last chance to get out of prison for raping and murdering and dismembering a child. Those who were around know that he had 3 excellent lawyers who I repeat were awarded for how much grief they had defending that maggot including one having a I believe a heart attack. Criticizing the defense team now indicates a lack of knowledge of the facts. I believe the motion to suppress was one of the longest hearings in Miami history. It is sad what 3.850's have become. Chavez received a great defense and this rule 3 is garbage so I am sorry to say you BHB haters will have to find another topic.

I'm a public defender. I was not around when Chavez was tried and have no idea what happened. I feel like one of the ideal purposes of this blog should be to let those of us who haven't always been in this community but are here now know what's up. So...what's up? Was BB really pressuring people? Is this just BS (I must say I've never personally seen BB do ANYTHING, let alone interfering with a defense). I would love to hear some kind of unbiased feedback on this, hard as that is to come by around here.

I think you meant to write:

"I feel like one of the ideal purposes of this blog should be to hate."

BB does not even know who his lawyers are -- let alone control their trial strategy. What a LIE this rule 3 is. Guess it is all you could expect from Koch.

dont underestimate brummer's politcal savey. he may seem to have his head in the sand but not with a case of this magnitude.

I can not believe for one second that Bennett told Art to not work on a murder one.

Art is a pissed off former employee who if what he said is true, has no business ever practicing law again.

WHATEVER YOU THINK REALLY DOES NOT MATTER.. BOTTOM LINE IS THE SITUATION IS UGLY....

I dunno. Call my cynical, but it seems to me that Chavez might have motive to say pretty much anything at this point. And that Koch might be a little bitter. Go figure.

it has a ring of truth to it with all the conflicts in the past. no?

This hearing is like the blog, only live in court.

First of all, get some sleep would ya?

Secondly, if it makes one bit of sense to you that any of this is true about Bennett preventing a defense then I wish I knew who you were. You clearly don't have the analytical skills it requires to determine what makes sense and what does not. Therefore, I seriously question your ability to adequately analyze and try your cases.....

BHB needs to burn in HELL! Gabe, come back and kick his ass. Nesmith, show us the facts. This guy is a piece of turd and needs to be prosecuted. Him, Migna and Barzee need to be put away.

hmm..
why ya down on Barzee? Isn't he one of yours?