THE DUKE OF EDINBOROUGH HAS PASSED AWAY

HRH Prince Philip, husband of Her Royal Highness Queen Elizabeth II, passed away Thursday at Windsor Castle at age 99. The Prince had been in poor health for some time and the news is not unexpected. 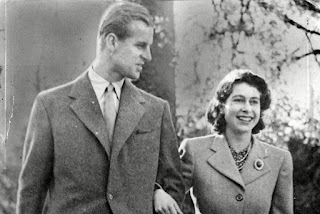 The passing of the man who defined and redefined the role of the Royal consort begins what will become a challenging time of change for the royal family. Queen Elizabeth is 95 and the first in line to the throne Prince Charles is 73. Their respective ages mean that within a short period of time the next generation of the monarchy, roiled recently with the defection of Prince Harry and his wife Megan Markle (who is sometimes quoted by putative judicial candidates in our own circuit), will assume power.

Query: Is the Monarchy still relevant and needed? Is the Monarchy an archaic tradition from a time when gentlemen wore bowlers and morning coats and opened doors for ladies? In this new age of Zoom, Robinhood stock investors, George Floyd inspired social change, and Vegan smoothies,  is curtseying  to the Monarch  something that just doesn't mean anything anymore?

Ageing and irascible, we do not like change. To us the British Monarchy means something good for the world. With all its warts and historical issues, for all the bad there was good. England stood alone in 1939 as Europe fell to the darkness of Nazism. And part of why England stood and persevered was the Monarchy and King George VI who reluctantly assumed the throne when his brother abdicated for the love of Wallace Simpson, an American divorcee. It was King George VI, who suffered from a severe speech impediment and who was forced to use the new technology of radio and address his subjects world wide who found the strength to give millions of subjects of the British Empire the faith and courage to stand firm.

And on June 4, 1940, in the greatest speech of modern history, when Winston Spencer Churchill, the new Prime Minister addressed Parliament, the British Army trapped at Dunkirk and facing annihilation, his own party having lost confidence in his leadership and urging him to sue for peace with Hitler, it was Churchill who stood alone with the British people and thundered that they all would fight on the landing grounds, and in the streets, and on the beaches and in the fields and in the hills and that England would never surrender!!

What is often overlooked from the speech about  which John F. Kennedy once said "He marshalled the English language and sent it off into battle" is the peroration, of which there is none finer:

"And if, which I do not for a moment believe, this island, or a large part of it were subjugated and starving, then our Empire beyond the seas, armed and guarded by the British fleet, would carry on the struggle! Until in God's good time the New World, with all its power and might, steps forth to the liberation of the old!"

Posted by Rumpole at 8:43 AM
Email ThisBlogThis!Share to TwitterShare to FacebookShare to Pinterest
Labels: Prince Philip

The monarchy is interesting, it is fascinating, and it captures the imagination, but it is obsolete and the family itself should come to realize that the peaceful dissolution of the monarchy and passing of its enormous wealth into strictly private hands would be their greatest victory since assuming the crown.

They have no formal power, the Lords have been neutered, and although the military serves in the name of the Crown, does anyone believe that a conflict between the Crown and the civilian government as to what orders the military should follow would go well for anyone? Right now, they are little more than well spoken Kardashians - what a terrible fate.

Best case scenario: when the Queen dies, Charles sits with his Prime Minister and during their first meeting presents an offer for settlement of the Crown assets and dissolution of the monarchy.

Respectfully Horace, he was a Royal Highness, his widow Is referred to as Her Majesty, not Royal Higness

It appears that Judge Zilber (allegedly) did some bad stuff:

Rump,
No comments on the Herald's article on Judge Zilber's discipline?

The proper style for the Queen is "Her Royal Majesty," not "Her Royal Highness" (which was her title as a princess, before she ascended to the throne).

So, Mr. Rumpy, when are you going to discuss Judge Martin Zilber's JQC case for abusing his position over and over and over....

He died Friday, not Thursday. It may have been Thursday here (not sure) but it was Friday (today) there. His date of death is April 9, 2021. You “fixed” it wrong, again.

what about Judge Martin Zilber mistreating his JA and bailiff and lying about having special set hesrings while socializing and going to Malibu???? Rumpole i think you need to blog about this. JQC recommended 60 day suspension and 30k fine.

Idgaf about the inbred British royals one way or the other. Please never write about them again.

Fake Alex Michaels says. What with dis royalty b.s. who cares. He did nuttin for 50 years.

Time to get rid of bloated monarchy. How much does it cost England per year to maintain it and get nothing in return but paparazzi fodder??

My dear Mr. Rogers. Vomit away. I am an anglophile down to my Union Jack briefs. I have a traditional English fry-up breakfast a few times a week, tea every day at 4 with cucumber sandwiches, a pint of Guinness with my dinner and I long for the smell of the Thames, and the white cliffs of Dover. I sing God Save the Queen with gusto, and I am of the strong opinion England saved the world in 1939. I watch the PM questioning hour on the BBC, I listen to the BBC all day long, there isn't anything British that I would not choose over this country, from the politics to the culture to the food. A Kidney Pie and ale in my local Pub beats a slimly fish sandwich while sitting in some cheap bar on the shores of Biscayne Bay swatting mosquitos and dodging rude colonialists. The London Times is far superior to any news rag we have in the states. I could go on and on, but I have no more time for your kind.
So upchuck and be done with you sir.