ATTORNEY AL WILLIAMS HAS PASSED AWAY

Al Williams, a long time fixture at the PDs office where he handled the most serious cases and mentored generations of young lawyers has died at the age of 70. Mr. Williams life is a Miami Story gone good. 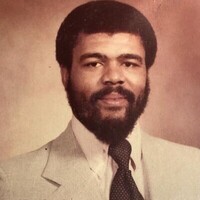 He was the second of six children born in a house on Williams Avenue in Coconut Grove. He attended George Carver Highschool and Coral Gables Highschool, a three year letterman in football and wrestling. His football team went undefeated one year, winning state and national titles and named the Florida Highschool football team of the Century, no small honor in this state. Al was an undersized 160 pound guard on the team.

Al Williams graduated from UM Law school in 1976, joined the PDs office and spent the next 35 years defending the people of his home town.

We did not cross paths with Al Williams much, but he was a much admired member of the Dade PDs office and started at the time when assistant PDs were named Roy Black, HT Smith, Jack Denaro, and Norm Gerstein to name a few. It was an office of current and future super-stars.

Posted by Rumpole at 7:47 PM
Email ThisBlogThis!Share to TwitterShare to FacebookShare to Pinterest
Labels: Albert Williams

Al was a wonderful guy, a great lawyer and an all around Mensch

I didn't know Al Williams, but his story and reputation deserve a few comments from people who did know him. Hitting "reply all" on the FACDL list serv doesn't cut it. You guys suck. Give the man a fitting send off.

George Washington Carver, or just Carver to those of who went there.

When I was brand new at the PDO, he was in an office nearby. We would chat. Was he a role model? He carried himself with such dignity and gravitas that, in an office full of first names, he was always "Mr. Williams" to me.

He was a class act snd a great lawyer. When I was a prosecutor, I was forced to try a pretty crappy case, Al beat the tar out of me and the case yet did it with dignity. Upon the quick acquittal, he still showed class. He was a great role model and will be missed.

Although I did not know him or even knew his name, I was feeling the same way. Thirty years in the trenches deserves much respect.

I’m he was a cool cat. Rest In Peace. Any funeral details?

What utter bullshit! This man was an icon in the court house for many years, trained many lawyers, helped countless amounts of clients and gets only 4 comments!

When I was a young ASA, I had to try a dog of a case (let a jury deal with it rather than exercising discretion). Other than Al disagreeing with the discretion, he showed nothing but class. After a 5 minute acquittal, he was gracious in his beating eh crap out of me.

We lost a good man who left a wonderful legacy

Al Williams was an amazing supervisor. Knew how to cut to the chase, and taught anyone he supervised not take crap from anyone. The truest Public Defender. There are so many great stories about Al, that a book should be written.

"George Washington Carver, or just Carver to those of who went there."

The guy who chopped up George Washington?

So true and so weird that this guy would put normans name in the same sentence as Mr Williams.

All was awesome - rip.