GRIECO: I DIDN'T DO NUTTIN 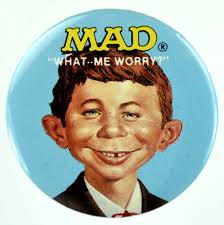 While the case of former and embattled Miami Beach commissioner Michael Grieco is closed, he is maintaining his innocence as this Miami Herald Article reveals:

After a court appearance in which he did not admit guilt, Grieco told the Miami Herald he had no idea that two of his friends — Coconut Grove real estate broker Tony Rodriguez-Tellaheche and Norwegian millionaire Petter Smedvig Hagland — were planning to worm foreign money into his secretive political fundraising group. Only people with U.S. citizenship or permanent residency can contribute to American elections. Hagland, scion of a wealthy oil family, is a Norwegian citizen.

The only thing missing from the plea/denial dance that went on yesterday was Grieco calling the plea, the allegations, and the prosecution "fake news".

From Occupied America, where Floatopia is most certainly not fake news, Fight The Power. Never admit. Never talk. Never plead. Go to trial.

Posted by Rumpole at 9:30 AM
Email ThisBlogThis!Share to TwitterShare to FacebookShare to Pinterest
Labels: Michael Grieco

He is a criminal defense attorney. Why would he accept this deal, the public ridicule and future bar problems if he were innocent? Give me a break

He is the typical politician scumbag. He disgraced the SAO which resulted in him getting fired, and has continued to disgrace his office as a commissioner. He has been exposed as a liar and a criminal. Adios, but he will be back.

Some rise by sin
some by virtue fall

One thing for sure: Ben Kuehne did an outstanding job!

yOU KNOW THE Lesson here? dOn'T FUCK WITH FLOATOPIA
We GOT ARMS LIKE AN oCToPUS AND OUR REACH extends everywhere And it's nothing for us to dial up a lil Helsinki/Coconut Grove Money conspiracy AND POOF** faster than you can say Kathy Rundle owes us a BunDle - we gotya in court on a case.

....It wasn't until the helicopter circled over the Clevelander that the DJ Esquire insignia was revealed. Mayor Levine stopped his CNN interview and chuckled as he said "go Gongora" and the Helicopter, registered to a Norwegian Corporation, disappeared over South Pointe Park.

a true scumbag. Should be in jail,,,,

So I guess he won’t be gracing us with his tales of ride alongs. What a wannabe.