Sorry about no post this morning. Uncharacteristically, there was no internet on the flight over the pond. And BTW, speaking of Europe, Berlin is the great European City of the 21st Century and you are doing yourself a disservice if you don't visit.

VERY QUIETLY and without much (or any) fanfare, one of the best trial lawyers to grace the halls of the hallowed REGJB returned Monday. John Hogan, former chief assistant prosecutor to Janet Reno, the man, the myth, the legend, was quietly minding his own business in the 7th floor jury room as a potential juror. H/T a couple of longtime readers.

AND VERY QUIETLY, Regional Counsel Eugene Zenobi tried a case last week. When was the last time you saw the head of an agency in the pits, their sleeves rolled up (figuratively) , doing some real work?  H/t just about everyone in the division. 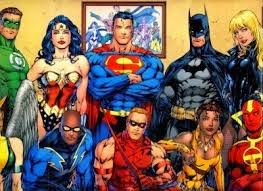 The League of Prosecutors is hosting a "New prosecutors meet the Old prosecutors" get together this Thursday. We haven't been given the official go-ahead to announce where this soiree is being held (despite a half dozen members forwarding us the email of the event), so we won't spill the beans, or reveal the CI as it were.

At the risk of repeating ourselves, here's what we want the new PDs and ASAs to remember:  you will make great friends and maybe meet your best friend during this exciting time in your lives. Cherish these moments.  What is the difference you ask?
A great friend is the person you call to bail you out of jail. Your best friend is the person sitting next to you in the jail cell saying "I can't believe we did that." That being said, try and not get arrested for the next few years.

State v. Andrew Rolle.
The prosecution and love-fest (not) between the opposing lawyers in the prosecution of the tragic murder of Detective James Walker continues today and through the end of this week before Judge Tinkler-Mendez.

It's still the season of redemption. As the Jewish Torah says, the day of Atonement is for forgiveness of sins between a person and the lord. There is no atonement for sins between people without  an apology and forgiveness.

Yes, the amazing breadth and depth of our knowledge extends to the theological.

See You In Court, and we forgive you.


Posted by Rumpole at 5:20 PM
Email ThisBlogThis!Share to TwitterShare to FacebookShare to Pinterest

The guys here at the REN (a venue) who follow the survivor pool believe former traffic judge john coldly is playing fast and loose with the rules and trying to game the system and change his pick after watching the first few minutes of the games.

For those of you who went out this year on the last seven seconds of the Tampa Bay-Steelers game, the REN (a venue) is serving up $2 Tequilla Patron shots tonight during the first half of MNF. All top shelf liquor shots and drinks are one buck- yes that's right- one dollar with any lead change, starting with the first score. One per customer please.

Anybody up for a drink at The Spot on Friday? Heard great things about it.

I think a blog get together is a great Idea. This Friday seems a bit dicey as at sundown the holiest day of the year begins for our jewish friends, so you might want to wait until next week.

Apparently it is fun for the whole family.

wtf does that mean?

Yeah Obi Wan is the only agency head who does any work.

Gotta love the big push for a new courthouse. Sorry, but I'm a "NO" vote on it.

Where was the judiciary when the county "found" enough money for the Marlins Stadium? As far as I'm concerned, that was your courthouse money. Go hold court over there during the off season. Or during the season, you can still hold court during the games. There's only about 4,500 fans per night that you'd have to shoosh.

The feds get plenty of courthouses because they don't buy sports arenas and ballparks. Maybe there's a lesson there.

It means The Spot welcomes children of all ages to party next to their parents.

So we paid an extra few bucks a year for a stadium. You rarely go wrong by investing in your community. The money just rotates around here antway. I wouldn't trade the times I spent with the Heat, Dolphins and Hurricanes for any amount of tax savings. Three out of four ain't bad.

Dear 10:34
Perhaps old chap, you should read the Judicial Cannons. Judges are prohibited from being involved in mundane political issues like Bond Elections for Stadiums

You really want to see Silent Charlie at defense counsel's table during a trial?

Anyone other than me read the 3rd DCA opinion where Milton Hirsh was smacked down again. I really like Milty but, this was stupid. He ruled that once you demand a speedy trial, he doesn't have to rule on your stinkin motions to suppress... even if he had the hearing, read the transcript and heard all the argument.

Client was in jail over two years so he demanded speedies. Milton said fine... no ruling and go directly to trial.

FYI-Regional Counsel Tony Ryan from the 4th has tried several cases since being appointed.

CJ Milton Hirsch's order was briefly quoted in the 3rd DCA's opinion and in such a short quote we find the word "prevenient".

What does the judiciary have to do with the stadium bond? They had no say in that. You need to blame the commissioners and other politicians - some who lost their jobs over it.

Oh, and you need to read something on what the judiciary has control over because clearly you are uninformed. I hope you are prosecuting or defending anyone..........

The courthouse has been falling down for years. Only now does anyone say anything about it. It's not like it got hit by a tornado last week.

Not that the judges should have been picketing outside county hall protesting the stadium, but they sat around too damn long.

And if you think the chief judge of a circuit does not get involved in county politics, you're freaking crazy. The chief judge is posted all over the internet in political advertisements. Stop being naive.

Ebola party at The REN (a venue) tonight. Come celebrate our impending doom. Half price on our famous pork-confit sliders from 6-8 when you order a bucket of baby buds.

The problems with the courthouse were first brought up 20+ years ago and the commission said "we have no money". Others have tried to get the problem addressed since then and have not been successful. So, for over 20 years the county has known about the problem and turned a blind eye. Consequentially, it continues to get worse. This is not a new problem and anyone who has been on Flagler street in the past 20 years knows it.

This chief judge inherited it in its present condition and she's working hard to do something about it. If you think it's a novel issue, you're delusional.

Yes, the chief is involved in the ads for the bond issue because IT IS FOR THE COURTHOUSE you boob. No chief judge (or any judge) would be involved in a bond issue for something like a stadium.

It amazes me the lack of intelligent life the Bar allows to remain admitted....