ADVICE AND CONSENT AND RUMPOLE REVEALED!

UPDATE: We promised you a picture: 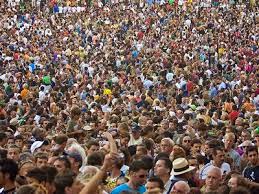 The Senate Judiciary Committee (motto: "Dispensing advice and consent since 1776") meets today at 10:00 AM on the nominations of Dade Judges Beth Bloom and Darrin Gayles. If they seem a little taller it's because they're standing on the shoulders of Judge Wil Thomas who paved their way.

If the committee approves Judges Gayles and Bloom then their nomination gets sent to the whole senate for a vote sometime before 2030.

The committee is meeting on four florida judicial nominations, two for the southern district and two for the middle district.

Your Florida Marlins won big on opening night in Miami.

In case you're wondering, we've never filled out a bracket for the NCAA men's basketball tournament and we never will.

Espionage:
The NY Times reported that the Obama administration is considering releasing Jonathan Pollard who is serving a life sentence since his arrest in 1985 for spying for Israel. Should a prisoner convicted of espionage get a sentence reduction because he was spying for an ally?


Today at noon, on 4/1/14, if you care, we will release our identity. It's about damn time we got the recognition we deserve for this blog. So tune in and be surprised.

It's a beautiful spring week.

Posted by Rumpole at 6:00 AM
Email ThisBlogThis!Share to TwitterShare to FacebookShare to Pinterest
Labels: Judge Beth Bloom, Judge Darrin Gayles

I'd rather have you reveal your identity on April 2 where there is no April fools fallback.

Is that an Aptil fools joke?

And a happy April 1st to you too, you big tease.

THE PEOPLE OF THE UNITED STATES OF AMERICA ARE FOISTING A BAD GOVERNMENT ON THE REST OF THE WORLD BECAUSE THEY ARE ASLEEP AT THE SWITCH. NEVERTHELESS, WE ALL CELEBRATE THE FOURTH OF JULY LIKE WE ARE DOING THE WORLD A FAVOR. WAKE UP!


Rumpole has been very quiet for the past week as the HEAT take over the Number One seed in the East while the Pacers continue to lose. Pacers are officially the lowest scoring offense in basketball over the past month. They have failed to score 80 points in five of their last six games.

May I rant? The following was posted on the "Defender Net" this morning:

"Good morning-
I'm in trial on a simple battery case in front of ______, the state originally tried to upfile based on injuries but was not taken by felony.

At this point the state is trying to introduce the photographs of the victims bloody face. Since the state is only going on the battery touching and not the injury part as per their instructions, what is the case that says the pictures are not admissible because highly prejudicial?

I am leaving this lawyer's name out of this rant, even though anyone who read this post must have thought "what a moron." You show up to court totally unprepared and then seek help over the Internet? Are you kidding me? This was an issue that was clear from the discovery you were provided; why didn't you prepare your case? Why didn't you conduct your research BEFORE you walked into court? Why didn't you pull and copy the relevant cases to present to the judge? Why didn't you prepare a motion in limine? You took this person's money; perhaps you should earn it?

Finally, a quick note ... pull this cap again and I will personally see to it that I list you name and incompetence everywhere I possibly can on the Internet!

I happen to agree. One should do some basic research before asking the entire list serve for cases.

But, then.... there are times where I do research and can't find shit. Then, I think its ok to ask everyone.

Being in trial and not prepared. Shame on you.

12:27, the reason the lawyer went to trial unprepared is because it is well known that you can do that, post your question on the email listserv, and instead of everyone ignoring it or calling out the lawyer, a few will be right there to save the lawyer from their own incompetence.

No need to prepare for anything anymore, or have case law or motions or anything, just take the check, and start typing.

I can see it now:

"I'm sorry Judge, but I don't have an answer on that issue yet. I'm waiting to hear from the list serve."

But seriously, the answer to that question was that photos are admissible, even though the state doesn't have to prove injury, they can introduce photos in a battery trial. I thought that the question didnt make sense.

I am giving up my Westlaw subscription and joining the FACDL list serve instead.

Instant answers and no monthly fee!

http://www.miamiherald.com/2014/04/01/4033475/court-voter-purge-violated-federal.html RICK SCOTT BREAKS A FEDERAL LAW AGAIN AND AGAIN HE DOESNT HAVE TO PAY FOR IT. WE DO!

Rumpole revealed. Hooray...I wish. My admiration to you who ever you are.