BATS IN THE BELFRY

And rats invading the PD's office? Not if Rory "the exterminator" Stein has his way! 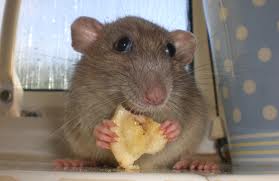 (not welcome in PD's BHB Building).

From: Rory SteinSent: Thursday, April 25, 2013 3:19 PMTo: All BHB Building UsersSubject: RodentsYes, check out the subject line.  This e-mail involves rodents.  At present, the  jail has a significant rodent problem.  They are intending to do something about  it.  As a consequence of their efforts, there is a decent likelihood that some of their rodents will attempt to commute to our house.  We are enlisting your assistance in doing what we can to keep that problem out of our building.   Please do not leave open food or food packages in your office or desks.  You can store your food in your refrigerator (to my knowledge, they have not yet developed the technology to open closed refrigerators).  Otherwise food scraps must go in the trash.  Let’s do what we can to keep the mouse in Disney World and out of the BHB building.  Thanks for your help. 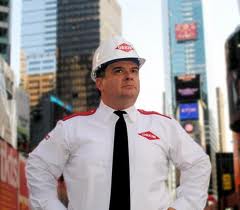 DEATH PENALTY:
Judge Murphy sentenced Victor Guzman to death for the stabbing and killing of an elderly 80 year old woman. The Herald article by Ovalle is here.  Murphy's last go around with the death penalty was an override of the jury's recommendation for death.  Scott Warfman and Penny Brill for the State and Charlie White and Bruce Fleisher for the defense.

APPEAL WHEEL IN THE SKY KEEPS ON SPINNING.
The appeal you are about to read about here in Lightsey v. State is true. No names were changed to protect the innocent or guilty.

Lightsey was charged with armed robbery and trial was held and the defendant was sentenced on June 30, 2011 to life in prison by Judge Trawick.  Lightsey was 16 years old at the time and the sentence of life without parole was clearly in violation of the US Supreme Court decision in Graham v. Florida 130 S.Ct. 2011 (2010).   Lightsey's PD trial counsel did not timely object to the life sentence based on Graham. That's the first mistake that has Judge Rothenberg upset. But it is far from the last mistake she is ripping the defense about.
OK- sometimes we all miss some case law.
But Leslie Rothenberg has her rules of criminal procedure in a tither and she is not going to let go that easily:


While defense counsel may not have been aware of the United States Supreme Court’s 2010 holding in Graham at the time of sentencing in 2011, it is clear that appellate counsel was aware of that decision prior to the filing of his initial brief on July 19, 2012, as the initial brief raises the decision in Graham as the sole ground for reversal of the sentence....
under 3.800(b)(2), prior to filing Lightsey’s initial brief, appellate counsel could have filed a motion to correct illegal sentence in the trial court, and notified this Court of the pending motion to correct illegal sentence....

It is therefore incomprehensible why appellate counsel did not seek to correct the error in the trial court, which based on the clear mandate by the United States Supreme Court most certainly would have been successful. Instead, appellate counsel pursued this appeal and requested an oral argument to address the issue.
Equally troubling is the State’s response. Rather than simply confessing error and proceeding to a resentencing, the State is seeking an affirmance without prejudice to the defendant to file a rule 3.800(a) motion to correct an illegal sentence after this Court issues its mandate, based on the defendant’s failure to first raise the issue with the trial court....
because the error is clear and defense counsel’s failure to properly preserve the argument clearly constitutes ineffective assistance of counsel, the State should have conceded the error and put an end to the appellate wheel spinning. Accordingly, we reverse and remand for the imposition of a legal sentence.

Wheel in the sky keeps on turning,
I don't know where I'll be tomorrow.
Wheel in the Sky, Journey.

We know where we'll be tomorrow. Not in the 3rd DCA, that's for sure. Happy Friday! See You In Court next week.


Posted by Rumpole at 6:36 AM
Email ThisBlogThis!Share to TwitterShare to FacebookShare to Pinterest

What is the BHB Building?

As a "Real" trial lawyer, the most brilliant choice for the next District Court Judge is Mike Hanzman. Not only is he the most intelligent and accomplished Circuit Court Judge, his integrity, temperament and legal acumen are without equal. He has written incredible opinions while sitting as an Associate Judge on the 4th DCA. Next time you see a Federal Judge at a social gathering, ask them "Was Mike Hanzman the very best trial lawyer that you have ever experienced?" .... I can assure you that Judges Moreno, Ungaro, Marcus, etc. will all say "Absolutely"!

Is this the FIRST time Leslie Rothenberg gave a defendant a break?

Took a glance at the docket in the Lightsey case and it looks like there was private counsel in June and early July 2010, who then withdraw and the PDs were appointed for appeal.

Am I missing something? Doesnt look like the PDs were on the case when the illegal sentence went unobjected to.

315 Friday? That's a shumie. Grab a beer and a steak and an after dinner cigar and watch the draft and start the weekend.

When did the draft between the PDs and SAO with miami and dade and broward end?

Used to work in the old PSD building. The rats were as big as dogs. You could hear them running around on the ceiling tiles. Once I went on the roof to check out computer cables and saw the rats sunbathing. So very happy the day we moved to the HQ in Doral.

Troubling, whatever happen to the oath to do justice on behalf of the state? Surprisingly I did not know Rothenberg had it in her to make fair rulings I thought she was pro state all the way. It's another case not long ago she overturned a conviction on as well.

Seriously what happen to the oath to do justice??? You know your fucking up when Rothenberg slams an ASA. Where is Kathy when all of this is going on???

I have and idea instead of spending a fortune on Orkin or Terminex;Why not just have the SAO give all the rats a plea deal just like the others in DCJ.

Hanzman as a federal judge will most assuredly believe he was annointed and not appointed. Could anyone love themselves more?

If I may comment on this - although I have been banned (although I can prove it was that moron FB and not me that posted and sent those emails) it wa when Bobby Reif left the SAO and joined the big fella at Essen along with Mike Ruffino (rest in peace) and Essen started throwing money at lawyers big time that the whole system fell apart.

I remember six pack saturdays at Adorno Yoss when we would toss a few six packs down with the pizza - Casolas- the firm would order for lunch. Whatever happened to Zeder? He was the sourpuss of the bunch.
Had to work those Saturdays to bill to pay for their leased Porches, Lexus's and Benzes the firm had for the partners. Not to mention the first class airfare and 4 Season suites.

Still. I made bank.

There are alot more rats(snitches) at FDC. In fact, most inmates are rats.

I thought that mugwump was banned ?

At this point in the year you'd have to say blog judge of the year is a toss up between mideivel milt and Roddy-Cho.

Check out the docket: the PDs conflicted and so did Regional, so it was PCAC Richard Martinez at the trial level. PDs took the appeal.

Idiot Minority, Rothenberg didn't slam an ASA. She slammed an AAG. Why don't you tell us all more how much you know about a criminal prosecution and appeal?

UAM, you need to talk to Pam Bondi about doing justice, not KFR, as Bondi's office handles all criminal appeals. Rothenberg was admonishing Assistant Attorner General Linda Katz, whose name and title was on the opinion.

FDC is infested with rats, they thrive overthere, they get the "Admirals feast" while debriefing. It's sad how 20 clowns can jump on a case not having actually known the defendant. Talk about bearing false witness..
.

I was going to watch the Knicks/Celtics game but then decided to skip when I found out that J.R. Smith was suspended for his latest act of idiocy. I was really looking forward to seeing how Jason Terry retaliated for the Smith elbow to his face. A Terry/Smith death match is almost a Heat fan's can't lose wet dream, and I'm sure that most Heat fans would almost give up another championship trophy in exchange for seeing these two punks send each other to the hospital. For all of you Knick fans, do you think that Smith will be able to hold it together (and avoid another even longer suspension) when he has to play the Pacers and (if the Knicks even make it through that) the Heat?

rats from dcj heading to pdo? who could tell the difference? sad that the rats would have to lower their living standard.

LOL at UAM and everyone who thinks he's anything more than a joke/parody.

Love the ASA - AAG "error." Hilarious. Wondered how long it would take someone to catch it.

Um, did not an ASA originally recommend the sentence in apoeal....So collectively the AAG & ASA is responsible for fucking up recommending at penalty stage & opposing corecting the illegal sentence.

As I was checking my "Florida Legal Elite" status in Florida Trend Magazine I noticed that 65% of Miami-Dade's population is hispanic.What do you bottom feeding rocket scientists beleive that fact affects future Judicial Elections?

What do you think the new ruling would be on the lightsey case?