"WHEN THE GERMANS BOMBED PEARL HARBOR" ....


When I first emailed Rumpole the other day, it was because he had removed my post on the HEAT victory Thursday evening. But, after he told me why he removed it, I challenged him to a Point. Counterpoint. After reading the comments section from the past three days, I think the readers have done a much better job than I ever could have done.

For most of the readers, this one included, we could care less what Ann Rand* would have written about Lebron James and his "decision" to take his talents to South Beach rather than stay in the "marble pits" of Cleveland with Mo Williams, J.J. Hickson, Anthony Parker, Anderson Varejao, and a 37 year old Shaq (his teammate starters in his final year with the Cavs).

It seems that the tenor of this debate has changed somewhat. What I thought this debate was supposed to be about was this:

POINT:"The Heat couldn't win a championship last year. They won't win one this year and they will implode next year, all because they are not a team and cannot handle adversity. Watch."


POINT:"As to the Heat- this goes with what I have been saying all along. This is not a team. This is three spoiled stars who are now down to two stars and look what happens- they can't win. Can't make a free throw. Can't make a layup. A good team will beat these spoiled brats any day of the week in a seven game series. "


POINT:"The Heat are down 2-1 against the Pacers. Game 4 is in Indiana. Miami Superstar Dwayne Wade was 2-13 and scored 5 points in the Heat's latest shellacking. Let us take a moment to analyze this series....seriously...... HAHAHAHAHAHAHAHAHAHAHAHA! What a bunch of spoiled babies. One player gets hurt and the whole team collapses. HAHAHAHAHAHAHAHAHAHA!"


POINT:"I have extremely limited knowledge of basketball. My knowledge about strategy stopped sometime around the same time Dean Smith's four corners offense was outlawed with the college shot clock.
Put another way- I have as much knowledge about basketball as I do about case law. But what I do know is people. It's how I win cases. And it's why I am supremely confident that a well coached team will always beat a bunch of whiny prima donnas (the New England cheaters not withstanding.) "

Counterpoint:
Where do I begin.  You were right (see first red highlights).  Scott Brooks: NBA Coach of the Year in 2010; in just four years has taken his team to the NBA Finals, losing last year in the Conference Final to eventual champion Mavs.


POINT:"I am not an expert in Basketball. However, I stick to this proposition- good coaching and team work will beat a team of stars that do not play well together"


POINT:"For those of you who kept asking us what we say now about the Heat? Here now is our answer:
We think they're a bunch of losers with no heart. What do we think of the Heat? Give us a well coached team manned by players with heart and guts any day over this band of spoiled prima donnas."

Counterpoint:
See below.  We think the HEAT have a lot of heart and guts and they showed it best in their times of adversity.


POINT:"I think the Heat are in trouble. They are not a team. They are two stars, a third almost star and a poor supporting cast. A good team well coached will wipe the floor with them."

POINT:
"I still don't think the Heat has what it takes"

In case you have not been reading this Blog over the past fourteen months, all of the quotes above are from the man himself, Rumpole.

I think I'll end this with a quote from one of Rumpole's favourite leaders in British history. And the quote speaks volumes when you consider that most of America wrote the HEAT off at least three times during these playoffs; including most of the sportswriters and sports broadcasters; Skip Bayless, Steven A Smith, John Barry, Tim Legler, Stuart Scott, Chris Mullen, Michael Wilbon, just to name a few.

They wrote the HEAT off when the Pacers were up 2-1 in Round Two. What did the HEAT do: only win the next three games in a row, all without Chris Bosh in the lineup. And in the pivotal Game Four, Lebron James put up 40, 18 and 9.


They wrote the HEAT off again when the Celtics were up 3-2 in Round Three. What did the HEAT do: only win the next two games and take the series 4-3. And in the pivotal Game Six, Lebron James put up 45, 15, and 5.


They wrote the HEAT off again when the Thunder were up 1-0 in Round Four. What did the HEAT do: only win the next four games in a row and take the Championship series 4-1. And in the pivotal Game Two, Lebron James put up 32, 8, and 5.


For the Finals, LBJ averaged 28.6 points, 10.2 rebounds, and 7.4 assists in the five games. His closeout game was a resounding triple-double.


In the words of the late, great Winston Churchill:


And in response to the words of the great, but fortunately for us all, not late, Horace Rumpole, when he said on Tuesday, May 1, 2012, at the beginning of these playoffs: "The Heat couldn't win a championship last year - they won't win one this year". We say: 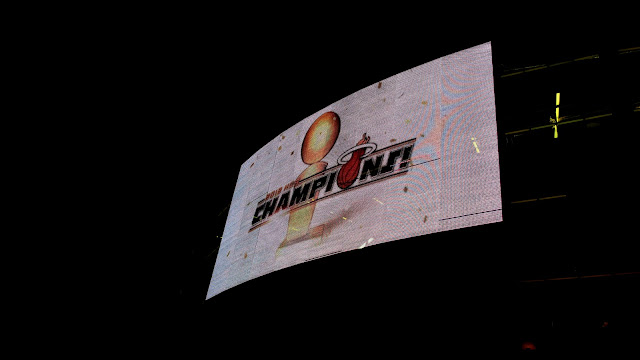 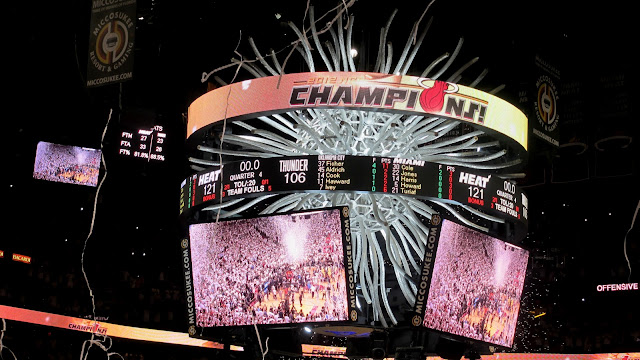 WE ARE THE CHAMPIONS .... OF THE WORLD 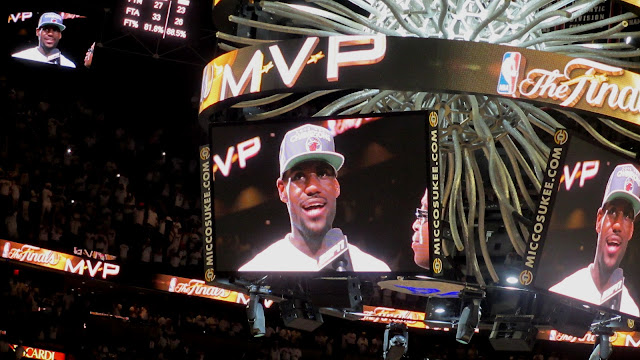 Good use of Rumpole's own words against him on this issue but really not too difficult, since Rumpole and his Heat-hating friends have been all over the place and, when it comes right down to it, totally illogical in their hatred and criticism of the Heat. Some fans--particularly those in Cleveland, Chicago, and New York--are really motivated by self-loathing, because they still dream of what their teams would be like today, if Lebron had chosen them over the Heat. They will never forgive Lebron but have no rational basis to explain how Lebron and the Heat don't deserve the championship. I'll say it again: anybody who can score 30 points in ONE HALF in an NBA playoff game (playing, almost by definition, one of the best defensive teams in the league) to carry his team to the finals deserves all the accolades he can get not just from Heat fans but from basketball fans in general.

Go Heat!!! Rump can suck it along with all the other haters...

Did the NBA Playoffs and the Miami Heat Championship make our city a better place?

I don't know how much goes to the NBA and how much to the Heat, but much of it goes back to the community.

I know that every single employee of the Arena worked 13 more games over seven weeks that they would not otherwise have worked. That's money in their family's pockets.

I know that when the players went to Liv Nightclub to celebrate and spend $200,000 on alcohol, that the employees of the nightclub, the bartenders and the waiters and busboys all made more money becuase of it.

There amount of business is immesaurable: hotels, restaurants, sports stores, etc etc etc. All of that money trickled down to the employees and store owners.

The dollars are actually measurable. The things that you are talking about may be immeasurable, the pride and jubiliation for your city because "your team" won the championship.

Stick with what you know: diet and exercise.

More importantly, the lads from England lost on the pitch today in the Ukraine. Having battled a superior Italian team to nil-nil through regular time and two extra times the teams headed to a shootout- the weak point for the English the last few years which the italians won 4-2. The better team won tonight. If the English had squeaked out a win and gone up against Germany and played the way they played tonight- it would not have been pretty.

Thank you for the many private emails and also for the photos from the game. I was not there myself but appreciate your comments and thoughts.

I was able to post three of the photos here.

Please remember that if you have any tips about the candidates, JNC, etc, please email me privately at:

Well done, putting this all to rest for all time.

The England loss today was a painful one to endure, but you are right, I would not want to see them up against Germany.

You are one hell of a guy to put all that hatred directed at you up on your own blog. A lesser man would have never allowed the comments to see the light of day. Much respect to you. Now if we could only unmask you...

Why do people care so much about adult men throwing a ball in a basket. I'd be a lot more excited watching an adult man teach his child to read than shut down half the city to watch a bunch of guys ( albeit talented guys) douse each other with champagne.

Wow, our very own Honorable David Young caught up in doing favors for Mayor Kasdin and screwing the City of Miami taxpayers. Read all about it here -- http://www.thecrespogramreport.com/Site_10/ANOTHER_BAD_DEAL.html

Hey Scott, nothing like a little blood money to finance your next campaign, huh?

Captain are u a freakin 13 year old girl? What's with all the f---ing colors and pink.