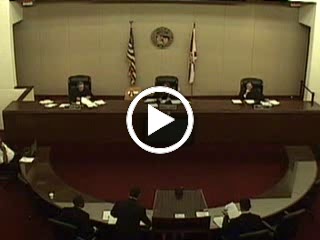 If the video doesn't load, you can see it here. Enter "Walker" in the search for a case space.

We are admittedly no fans of one of the parties in this case.

Here is the OA in the contempt case wherein Judge Miranda held Mr. Walker in contempt.

Things go from bad to worse when Judge Rothenberg starts at 4:10 to recount Walker's conduct and her soliloquy continues through 6:50. The Judge's recitation of the conduct doesn't bode well for the appeal for Mr. Walker.

Rothenberg at 7:15: "Frankly she should have done it much earlier (Hold Walker in contempt) but she just kept hoping against all signs  the conduct would stop..."

Not pretty. And counsel for the Appellant's citation to the Alex Michaels case just doesn't help him or his client that much.
Rothenberg at 8:03: "That's what direct criminal contempt is..." In response to the Appellant's argument the court should have taken a break.

Judge Suarez 11:30: "Everything I've read was a judge being restrained, being nice..explaining..saying 'please don't do that again, I've asked you before'... and what she got back were snide comments."

Judge Suarez at 12:21 [Judge Miranda  says] "I need you to turn the board around... and Mr. Walker says 'I will when I finish.' That's not a proper comment to a judge. And this has been going on everywhere I look...This is a judge that held restraint to the Nth degree... very fortunate it was a small monetary order..."
(Rumpole notes...so far there is no 'gofundme' campaign to pay Walker's fine.)

On rebuttal at 14:50 counsel for Walker points out that the order says Walker said "This is ridiculous" while the transcript says "This is insane." Seems like a picayune distinction.

And Judge Rothenberg, a former top prosecutor/trial lawyer, was not ready to let that go unchallenged at 14:40:  "Were either of those comments respectful?"
(That sound on the transcript you heard was either the trap snapping shut, or the PCA being etched into the record.)

Judge Suarez gets the last word at 18:58 when he recounts a war story when he was a young trial lawyer: "As judge Levy told me, when I was in the middle of trial: 'if you don't like my ruling, preserve it. That's what the 3rd DCA is for."

Well said Judge Suarez, but on our blog, we get the last (respectful) word: "So what's with all the PCA's?"
To be clear, we wouldn't have said that to you at OA...but we admit we would have thought it.

From Occupied America...Fight the power.


Posted by Rumpole at 3:30 AM
Email ThisBlogThis!Share to TwitterShare to FacebookShare to Pinterest
Labels: HERBERT WALKER III

Why don't they have mics on the Judges?

Don't be such a douche.

"Good morning. With the continued and mysterious disappearance of Justice Ginsberg, I have decided to declare her seat on the Supreme Court open. It is my great pleasure as The Donald Trump President of the United States to nominate the great Miami Lawyer Herbert Walker Three as the next associate justice of the United States. Mr. Walker's contempt sentence will expire, I have been told, next Tuesday, whereupon he will be released from the Dade County Jail and will start meeting senators -except that idiot Shummer, to become the next supreme court judgey thing. He will be a great supreme judge. An Amazing supreme judge. Nobody has ever seen a supreme judge nomination like this one. Thank you. "
POTUS DJT

Is the minority leader of the U.S. Senate the same Shuminer that practiced at the Justice Building in the late 80's and early 90's?

Should we be surprised that his attitude toward others is catching up with him?

Wasn't able to load the video, but Is this whole appeal over a $250 contempt order? Also, why would the case be stayed for 2 years? Seems a bit "ridiculous" or "insane".

I heard Herbert Walker and Alex Michaels have opened campaign accounts for the 2020 judicial race. The electioneering committee "Dumb Ass R Us" is accepting contributions. There is also information Herb is applying for the 3rd DCA to teach them a lesson.

Is it just me or does Herb Walker skeeve you out a bit?